Another day off from work. I didn't want to go far today, the weather has turned pretty poor for photography and travel. So a couple of very close sites here in Norfolk. According to current genetic studies of the British Isles, the Roman period doesn't seem to have had any noticeable impact on the population genetics of the British Isles. I think that they are missing something.

First of all, on the Roman front, I visited the site of the Roman town Venta Icenorum, at Caister St Edmund. A display at the site displays this geophysical display, and the following relief: 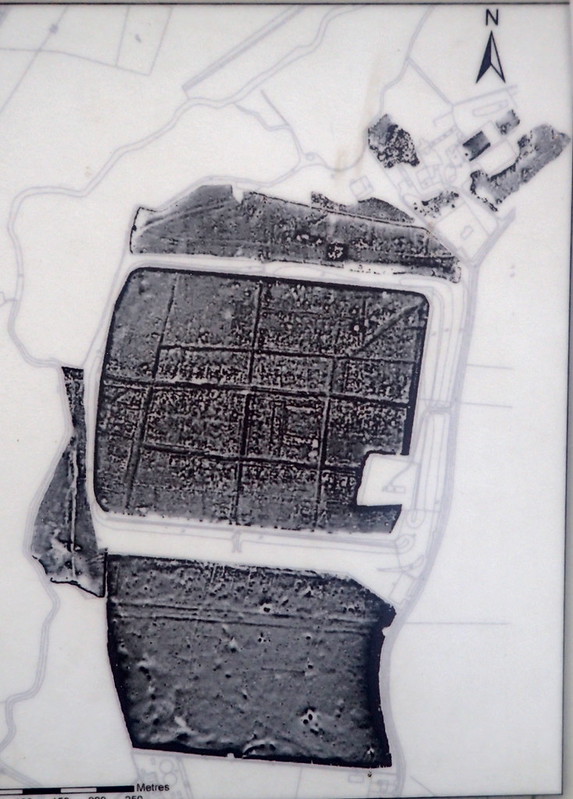 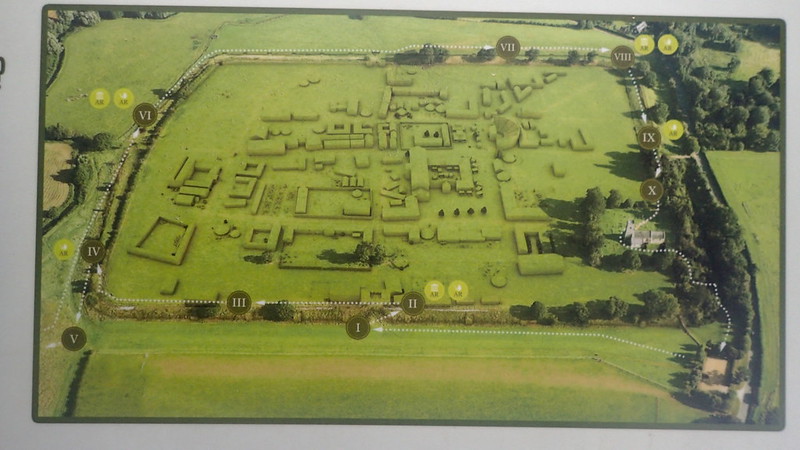 Entering the field, this is what it looks like: 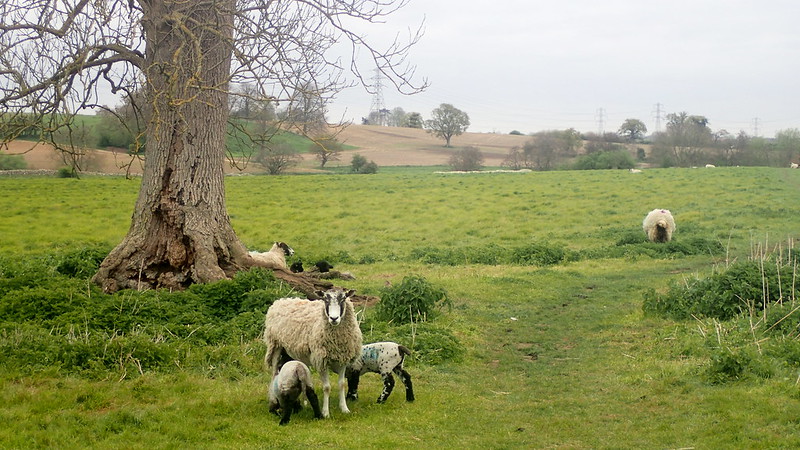 Heritage groups have preserved the current site by protecting it from cultivation - hence the sheep. The town sat in the valley of a very small river called the Tas. The site is several miles to the south of it's medieval equivalent, Norwich. Questions are being asked, why was it here? The Romans of course were urban people, that controlled from towns, but why here? It was first laid out as a grand plan some decades after the local Boadiccan Rebellion. No sign of significant Iron Age on the site, but some suggestion of a nearby Roman military encampment. 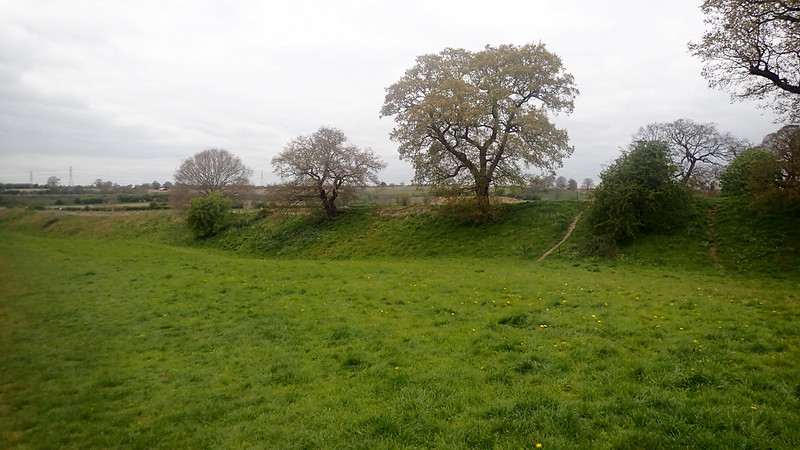 The town has gone, and is best viewed with geophysical maps or by aerial reconnaissance photos. However, it's "defenses" or boundaries are still clearly visible. 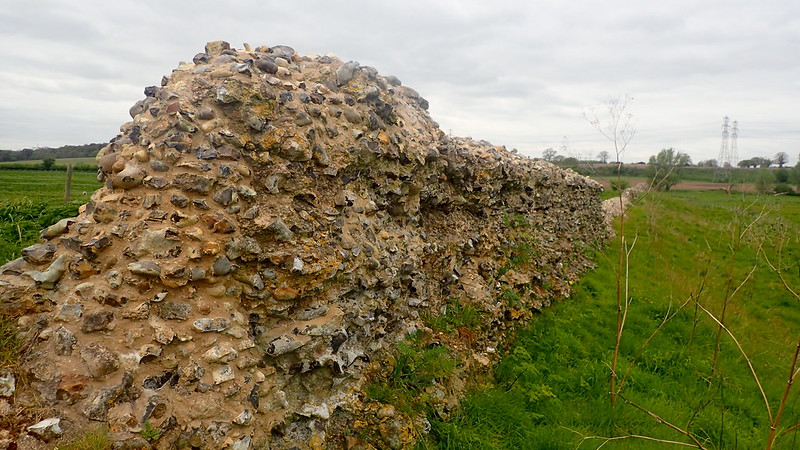 The below is a nice feature. A clear perspex panel showing proposed building outlines over the field: 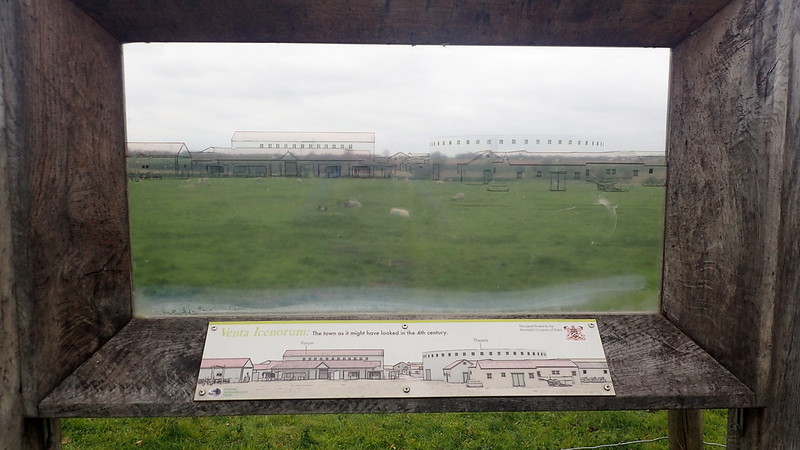 Years ago as I've said before here, I was a very keen voluntary field-walker, or as I'd have preferred "surface collection surveyor". So as I walk across the field, I can't help spotting Roman tile in the mole hills: 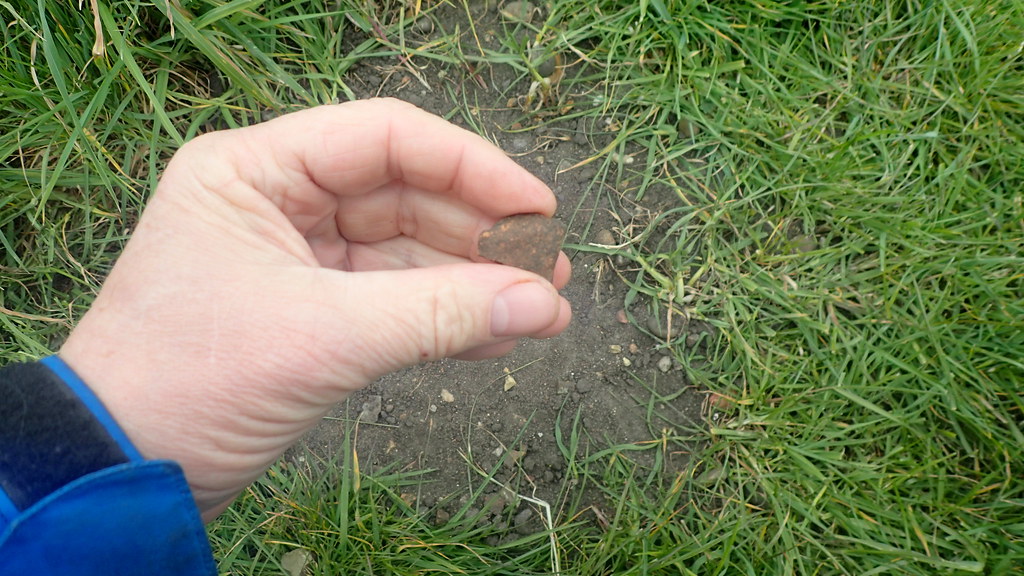 The area of Venta Icenorum is very rich in later Anglo-Saxon finds. They do seem to have been attracted to this site, even though the town had long been abandoned before they arrived from the Continent. 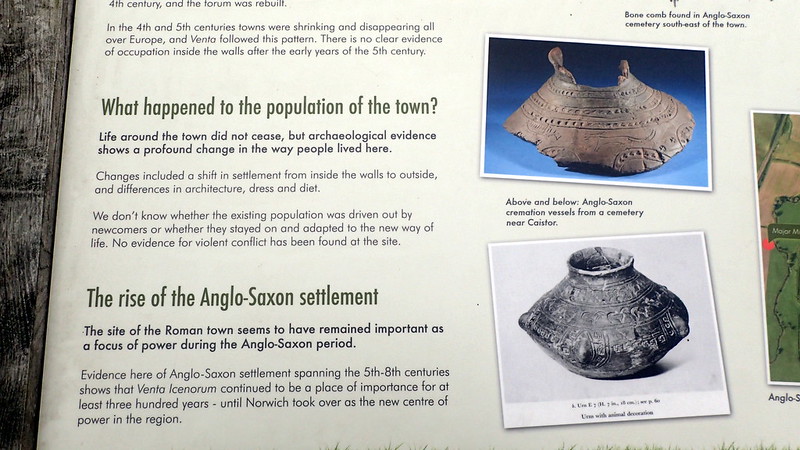 As is very common in both prehistoric, and Roman sites, a medieval church stands within the limits of the site. As a sign of continuity, as a scavenge of building material - but also in order to claim dominion over older beliefs, and a return to civilisation: 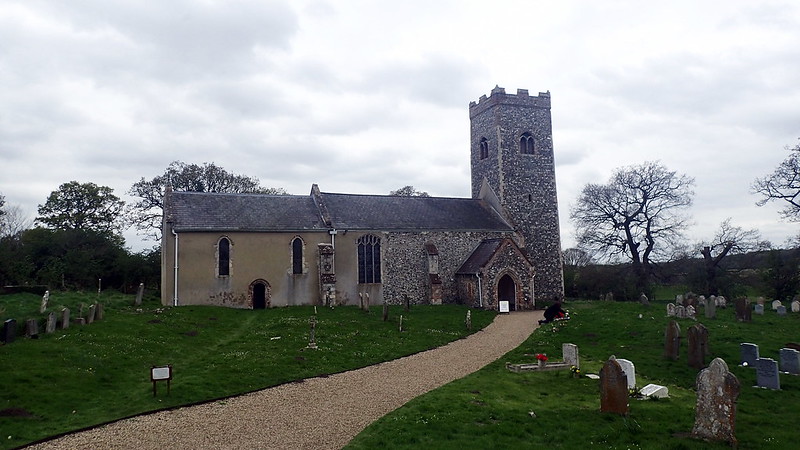 I hope that you enjoyed Caister St Edmunds. I still had some time to spare, so I decided to visit a site a few miles to the south in the same Norfolk river valley, that I hadn't visited before:

This one is an enigma. An enclosure in Norfolk. I always understood it as an Iron Age Hillfort. The word "hillfort" might not be appropriate in lowland Norfolk, especially as our iron Age enclosures were often in lowland river valleys. Norfolk has a long tradition of "doing different". Excavations have not found Iron Age finds! They have found some evidence of Anglo-Saxon activity, and an opposing hypothesis is that it was a prehistoric enclosure re-used during the wars with the Danes. My personal feeling is that it is late prehistoric, but wait and see - a sign that I found there today seems to suggest some fresh and local based communal research: 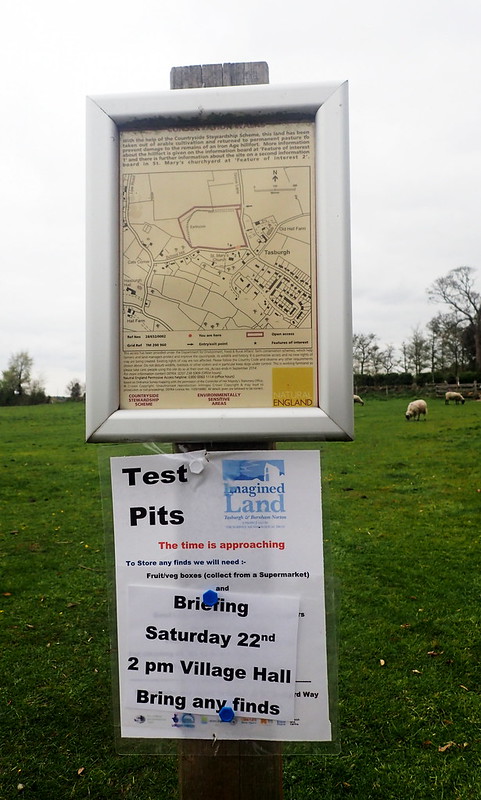 A local, rather mucky information board mapping the enclosure: 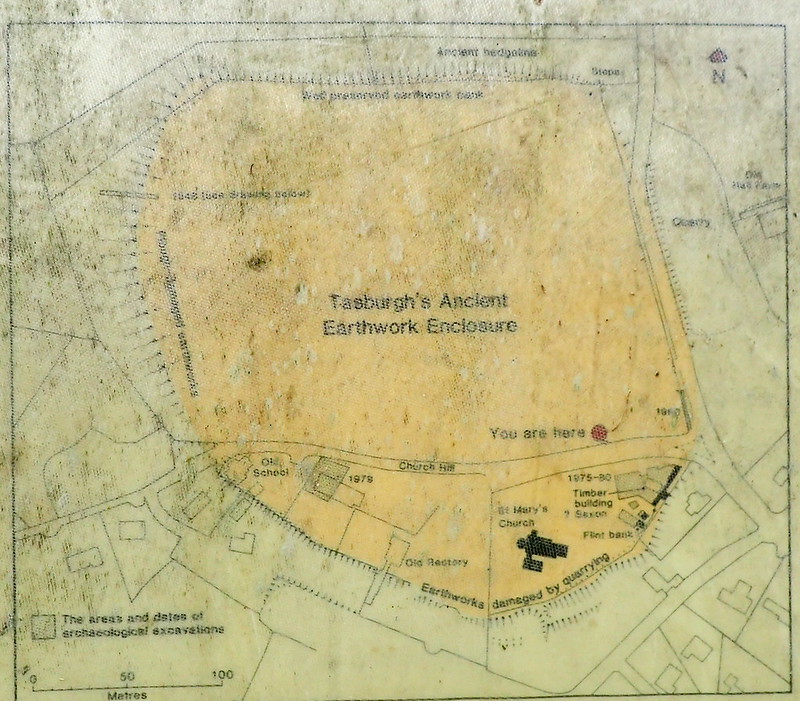 Outside the northern bank: 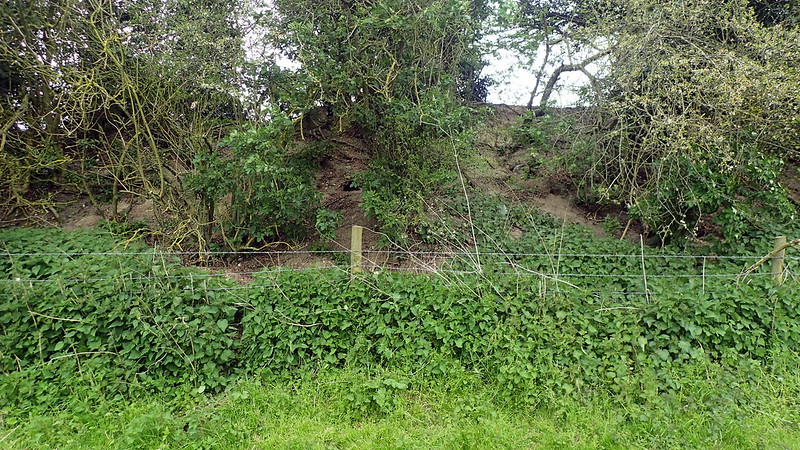 Once again, a medieval church sits inside the enclosure. This one, St Mary's, a classic Norfolk round tower job. I can also boast here, that this is one (there are many) of my own personal ancestral churches on my recorded ancestry. Two of my recorded direct ancestors married there in 1794: 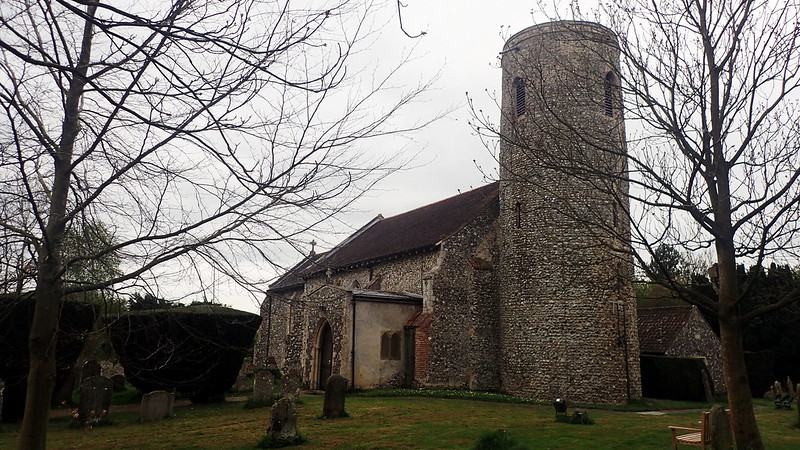 I hope that someone out there enjoys my photo-reports.