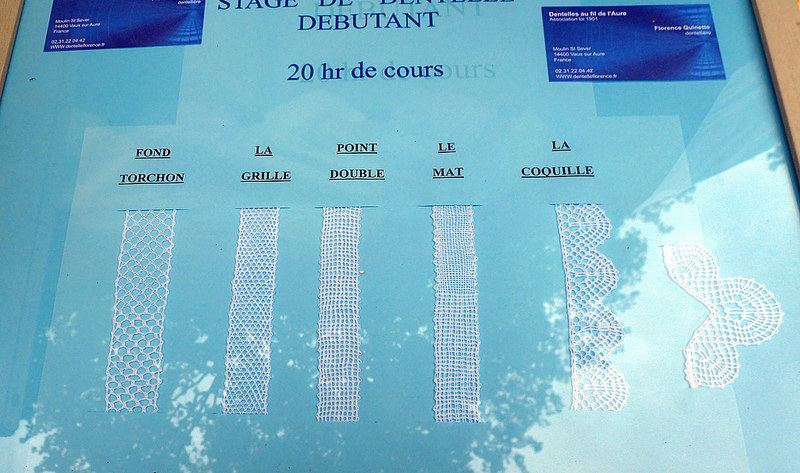 The above image I took recently at the medieval festival in Bayeux, France.  My great great great grandfather, Henry Shawers is described as a narrow lace or trimming weaver.  Does the above represent his trade well?  Here I'm going to record all of the evidence so far for Henry, who I believe, is the first non-English ancestor that I have discovered, out of 490 direct ancestors, researched for over 25 years.

I'm going to present the evidence in a time line.

1827 +/- 1 year, The approximate birth year of Henry Shawers, in Switzerland.  His father was a coppersmith named John Shawers.  Their names have most likely been anglicised with immigration.  Henry was illiterate.  Their surname could for example, have been:   Soruhes, Schwarz, Schwares, Shaers, Souers, Seuers, Scherrais, Shavier, Cerrier, or Soyers


1852-08-11 (Aug 8th), passengers on the Lord Warden, disembarked at Folkestone docks.  The ship had carried them across the Channel from Boulogne, in France.  The List of Aliens recorded as arriving with this ship included a Monsieur Shawers, recorded as having French nationality.  Unfortunately all of the passengers had their occupations lazily recorded as Gents, but I wonder, not a lot of immigrants coming into the country by the name of Shawers, and only five years before our Henry married Elizabeth Durran in Bethnal Green.


I believe that their son Henry Shawers (junior) died between April 1861 and April 1862, but I have not yet located his death or burial.

1862-10-31 (31st Oct), Henry Shawers is imprisoned at Wandsworth Prison, London with a sentence of one month, for the offence of begging.  I found this on a digitilised image of the Prison Register at FindMyPast.co.uk.

1863-05-15 (May 15th) Second son, William Henry Shawers died at Bletchingley, Surrey.  I have his GRO birth certificate.  Son of Henry Shawers and Elizabeth.  He was recorded as 1 years old.  His cause of death was ?Caucrumous? certified.  See his burial which states Small Pox.

1863-05-18 (May 18th) Second son, William Henry Shawers was buried at Bletchingley, St Mary, Surrey.  Found on Ancestry.com including digitilised image of registry.  William Henry Shawers was recorded as "a stranger's child', 13 months old at death.  Buried in the north side of the grave yard.  Died of Small Pox.  A number of burials at that time, both child and adult were recorded as Small Pox.

1873-07-21 (Jul 21st), A Henry Sayers, Lace Maker is imprisoned for seven days at Wandsworth Prison, London.  Sentenced for being drunk on the highway.  Is this our Henry Shawers?  Is he still alive?

1911-04-02 (Apr 2nd), 1911 Census of England & Wales.  No sign of Henry Shawers.  Elizabeth Hayes is living at 78 Cold Bath Street, Lewisham with her son-in-law and daughter Henry and Elizabeth Rosina Brooker.

Henry and Elizabeth's son, my great grandfather, John Henry Brooker, was in the Royal Field Artillery at this time. 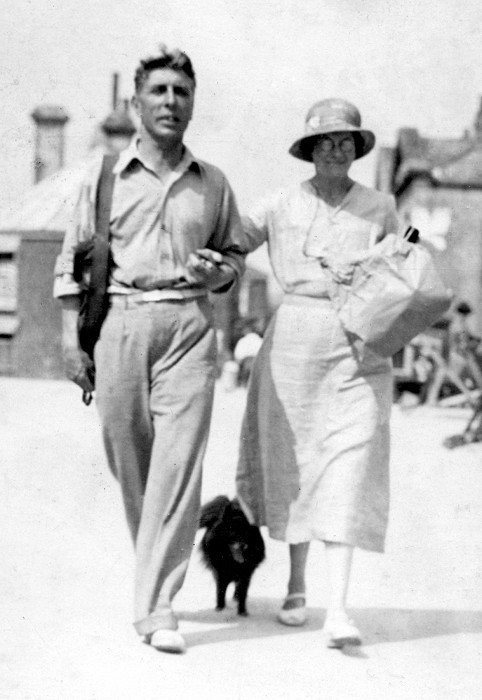 John Henry Brooker and partner Mabel, at Sheerness, Kent, in 1933.  John was the only grandson of Henry Shawers.

Henry Shawers, Henrich Schwarez, Henri Cherrais, or whatever name that he was born with, was a 19th century lace weaving immigrant from Switzerland, into the East End of London.  He was illiterate, a christian, and he suffered terrible poverty during his life in England.  He was short and slight, only around 5 ft 2" (158 cm) tall, with a fair complexion, no marks, and perhaps grey-blue eyes.  He may have been the Monsieur Shawers that arrived from Boulogne, France, at Folkestonedocks in 1852.  He met and married a young woman from rural Oxfordshire, a tailor's daughter named Elizabeth Durran in Bethnal Green, close to the Spitalfields weaving centre of London's East End.

Their first child was a daughter that they named Elizabeth Rosina Shawers - known as "Rosa".  She was to be their only child to survive infant hood to adulthood.  My great great grandmother Brooker, born on Pownall Road, Haggerstone, London, during September 1858.  A second child, a son named after his father, Henry Shawers the junior, was also born at Pownall Road in January 1860.  I don't see the family settle again after this date.  In April 1861, they were living in Islington.

During early April, 1862, they were now living in Waterloo, south of the bridge in Central London.  Their second son, William, was born there.  I believe that their first son Henry, had already passed away by this time.

Weaving was in decline in the removal of protectionism, the rise of the power loom, and factory production.  Henry survived by specialising in the lace trimmings and fringes, perhaps of dresses and skirts.  But it wasn't easy.  He resorted to begging, a crime of poverty that was punished by a spell in Wandsworth prison that October.

Something made them move south, out of London.  Was it an attempt to return to the Continent?  Perhaps visit a relative of Henry's on the South Coast, a work opportunity, or were they pushed by the gruelling poverty and disease?  Their second son William, was buried it appears, on this journey, from small pox, and was buried "a stranger's child" in the Surrey village of Bletchingley.

They ended up for a while in a lodging house on the South Coast in Brighton.  Their third son Arthur, was born there.  Then they moved northwards again over the winter of 1864 / 1865.  In early April, 1865, they were now living at Baker Street, Enfield, to the north of London.  Arthur, age five months died there of pneumonia.  Their third son.  The third to die as an infant.  Only their daughter, Elizabeth Rosina Shawers still survived.

I don't see them as a family again after the death of Arthur in Enfield, 1865.

Then in July 1873, a Henry "Sayers", a lace maker of very similar physical description, born about the same time, appears briefly in Wandsworth Prison, for being "drunk on the highway".  It sounds so much like our Henry - and he was foreign born, only this record him as "born in Switzerland".  This correlates to Henry Sohures born in Switzerland on the 1861 census.

That's the last possible sighting of Henry on record.  He evaded the 1871 English census.  I can't find his death or burial.

As for his wife Elizabeth, she continued to live under the name Elizabeth Hayes for many years at her daughter and son-in-law, Elizabeth Rosina and Henry Brooker's home in the Deptford then Lewisham area.  Shortly before her death in Greenwich workhouse during 1915, her daughter recorded for her, that she was the widow of Henry, an Actor.  A final puzzle to her life story.  Was this really a Henry Hayes, or was it Henry Shawers?  Why actor?