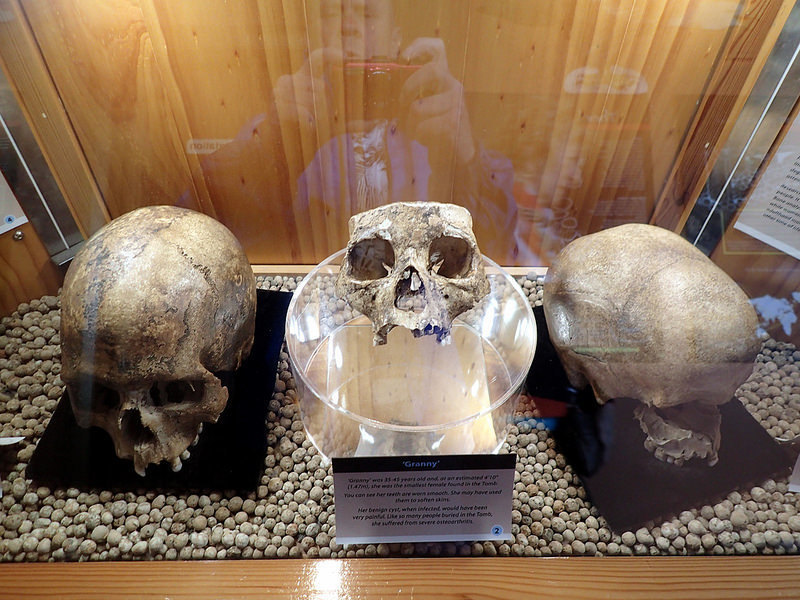 The above photograph taken by me, of Neolithic skulls from the Tomb of the Sea Eagles, Orkney.

I'm not the only English person reporting "Southern European" on their Autosomal DNA for Ancestry test results.  I've noticed that on 23andMe, for example, that English often report these strange low percentages of "Southern European" in their ancestry composition results.

There may be something odd about the ancient ancestry of the English, that we do not yet know.  Others have also pointed out that in ancient admixture calculators, that the English receive lower percentages of ﻿﻿ANE ﻿(Ancient North Eurasian) than do the Irish, Scottish, or other nearby neighbours.  POBI (People of the British Isles 2015) suggested a unknown immigration into Southern Britain during Late Prehistory perhaps from the area that is now France.

Some point to perhaps, more Neolithic survival in lowland Britain, relating perhaps to Sardinian patterns.  Others suggest immigration from Southern Europe and elsewhere during 360 years of Roman occupation.

Option 2 is a possibility - perhaps these is something about English ancestry that we do not yet know about, that confuses the algorithms of commercial DNA companies, when trying to identify our more recent ancestry.