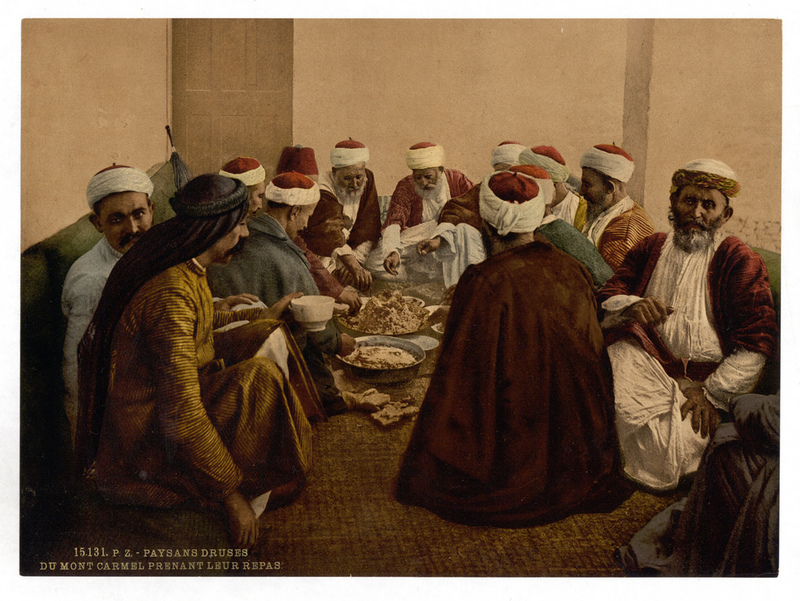 Within hours of publishing my most recent hypothesis: Was our ancestor a Baloch Lascar, I receive news of an incredible rare event.  Someone else on the FTDNA Big Y tested to Y Haplogroup L L-SK1414 (L1b2c).  The sample belonged to a Druze genetics project, and was taken from a man from the Druze town of Zaroun (Matn District) in Lebanon.  The project administrator told me "his ancestors -at least for the past 1000 years- should have been either residents in Mount Lebanon or migrated as many other Druze families from the Idlib region in NW Syria (Jabal el Summaq Mountain)".

The Druze are a Levant community, dispersed primarily through Syria, Lebanon, and Israel.  They consider themselves an Arabic culture, but they follow their own faith system, which according to Wikipedia: "The Druze faith is a monotheistic and Abrahamic religion based on the teachings of Hamza ibn-'Ali, al-Hakim, Plato, Aristotle, Socrates and Akhenaten.".
Source.
What makes the Druze particularly interesting to population geneticists, is that they stopped accepting converts one thousand years ago.  They marry within their community only.  Therefore they potentially represent a snapshot of the medieval Levant population, without more recent admixture.  A recent genetic study of the Druze confirms this history:
"The researchers also found that there is no evidence of new genes entering the Druze gene pool over the last 1,000 years. In other words, no additional groups from the outside joined this community. In addition, the researchers found evidence of genetic differences between Druze populations from different regions: Lebanon, the Golan Hights, the Upper Galilee and the Carmel Mountain. This strengthens the evidence that marriages take place only within each clan.


When they went further back in time, the researchers discovered another interesting finding. It came to light that, 500 years prior to the beginning of the Druze religion, around the 6th century AD and at the time of the birth of Islam, a genetic group began to take shape that formed the basis of the Druze community’s ancestors.

According to this study, the Druze genome is largely similar to the genome of other Arab populations in the Middle East. They also found a few genetic elements in the Druze genome that originated from Europe, Central and South Asia (the Iran region) and Africa.".

Studies have found that although a variety of both Y and mt haplogroups can be found in the Druze community, they appear to have been isolated for that time period.  So a haplotype found within the Druze, would have been in the region of North-West Syria and Lebanon, during the 11th Century AD. 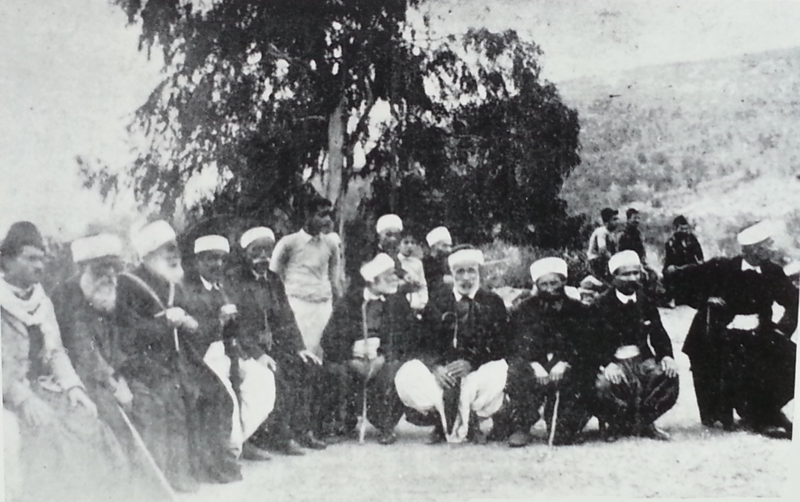 How does this change my perspective on my Y origins into Europe?

L-SK1414 now looks more dispersed across Western Asia, from the Levant, to Pakistan.  That might mean that my medieval Y migrant from Asia to England didn't take a Lascar route from the Persian Gulf / Arabian Sea after all.  It could be that they traveled from the Levant along the Mediterranean, or even across Europe?  They may not have a Balochi connection - they could have been of many Asian ethnicities.  It's a good example of how easy it is to develop a hypothesis based on too little evidence.

As for the origins of L-SK1414, I'm now looking a little more south, and a little more central.  Favourite suggestion now is Tigris and Euphrates Valleys, and the Zagros Mountains, in Iraq and Iran.  L-SK1414 could have dispersed westwards to the Levant, and eastwards to Makran, SW Pakistan.

Here is the distribution of recorded Y haplotype L-SK1414 so far in Western Asia: 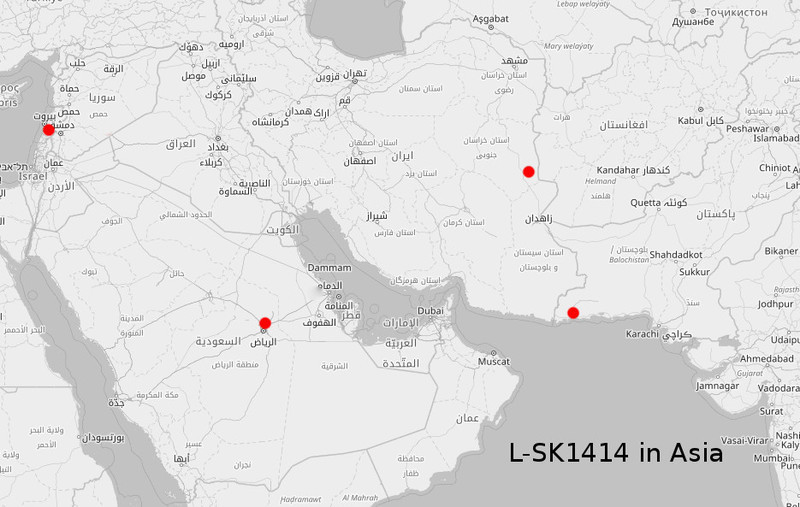 Note the centralised nature of the Iran / Iraq "Cradle of Civilisation" to L-SK1414.  Could our Y ancestors have passed through Ancient Mesopotamia?  Now there's an interesting thought!