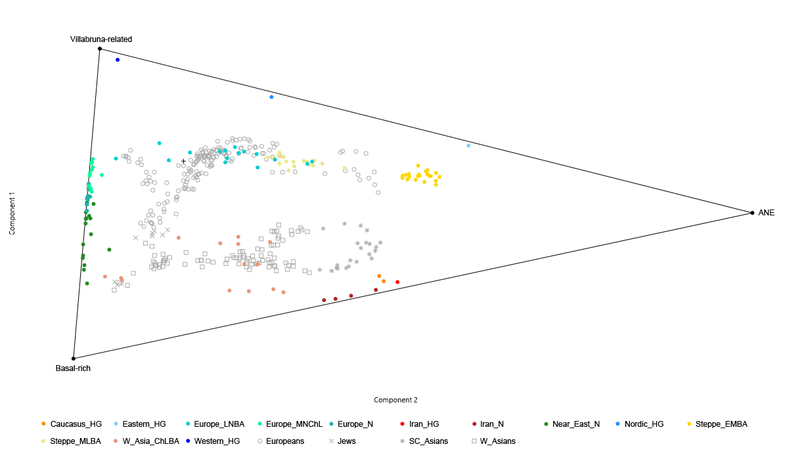 Comparison with other testers
A remarkable similarity has been observed between many of my East Anglian atDNA results and a Norman tester.  On K7, we are almost identical.  Indeed, we are often closer to each other in results, than I am to other British, and he is to other French.
I'm increasingly recognising that although my East Anglian heritage should in theory bring me closer to North German and Scandinavian results, in practice, compared with other Britons, I am pulled more to the south - to France, and even to Southern European.  Hence, I tend to receive lower ANE than many British, Irish, or Scandinavian, and more Early Neolithic Farmer in ancient admixture tests, than would be expected.
Other than Norman admixture, I struggle to explain this with either known paper recorded ancestry (252 direct ancestors from East Anglia and SE England - 100% English), or with known regional history.
views