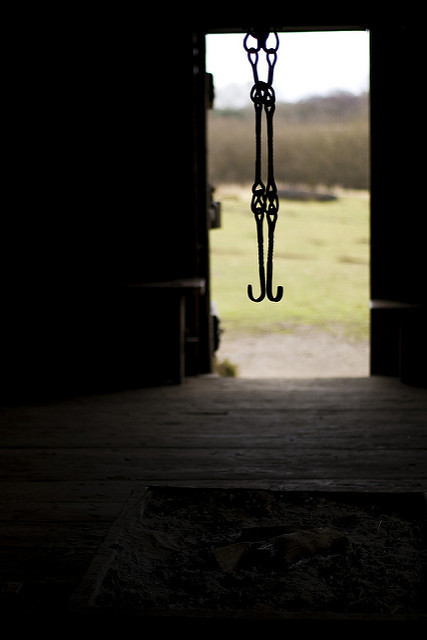 We want to understand the past, our past, but how we interpret that past always depends on our own personal bias.  Our culture, our class, our political and religious stance.  Doing history is about writing a story, and you do it from a perspective, rarely as an objective.

My perspective is that of a 21st Century rural working class guy in his fifties.  My bias is that I am an atheist and a liberal that grew up in a Post Fordist society, during the Arms Race, followed by 911, and the War on Terror.  That sounds ridiculous, but the truth is that how we see the distant past, is tempered by our life time experiences.

During the early parts of the 20th Century, British antiquarians and archaeologists would proudly raise different shaped skulls, bronze axe heads, and pottery shards at conferences, announcing that they represented the "collared urn people", or the "pond barrow culture" the "La Tene" or what not.  These time travellers had grown up and experienced times of imperialism, colonisation, international upheaval, world war, and genocide.  They were as often as not, politically conservative, middle class, men, and yeah, if it matters, white.  They saw every trench level of artefact changes as evidence of population displacement, invasion, genocide.

Then following years of relative world peace, anti-war protests, and social reforms, the universities and colleges started to churn out a new breed of professional archaeologist - from a variety of backgrounds.  They argued that "pots were not people", they argued for "continuity, admixture, and cultural exchange".  As they saw it, a change in artefacts, cultures, even perhaps of languages, did not always prove displacement.  They grew up in a time of peace.  They saw peace. 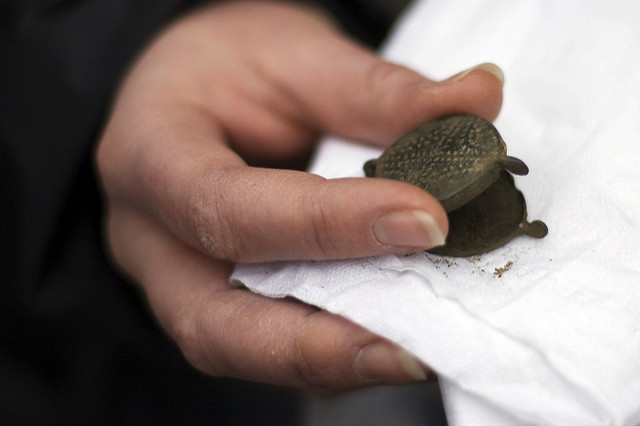 That age recently ended.  The past six or seven years has seen a resurrection of ideas of invasion, displacement, Indo-European expansion, and maybe even of ancient genocides.  It is as though we have returned to those antiquarian conferences, only the actors are no longer middle class historians, but online enthusiasts, and it is no longer bronze weapons or pots that they hold up as their artefacts, but haplogroups, DNA, and PIE (proto Indo-European language).  A popular revolution with a conservative theme.  Pots might not always be people, but SNPs (snips) may well be, they jeer.

So in this post 911 World, here I am acknowledging my prejudice, my bias.  I am not opposed to the new popularist wave of displacement hypothesis.  Some of it does sound dangerously nationalist, even xenophobic.  A struggle for survival, as one Y chromosome replaces a less fit haplogroup, almost as if proposed by a perverted social take on Darwinism.  The online bulletin boards on the front line of this debate are full of posts by banned members.  I actually welcome the new ideas, the revival, the challenge of acceptance.  That so many online enthusiasts are involved, rather than the merely elitist professionalised academics has to be a good, more democratic thing.  However, I also tend to look for a concession.  I think yes, the revisionist archaeologists out of the post-war universities went too far.  But as do many of the new genetic warriors today.

With that in mind, I'm going to share my own prejudiced view of the origins of Anglo-Saxon England with this post.

People have been building boats and travelling out of sight of the coast, for a very long time.  More than 8,000 years ago, Neolithic farmers were doing it, to colonise places like Cyprus and Crete.  Britain had long been an island, when the first Neolithic farmers arrived here.

Britain has two main spheres of influence.  1) The West (or if you prefer "Celtic West", looks to the Irish and Atlantic seaboards that connect the West of Britain to Ireland, Brittany, the Highlands and perhaps even Northern Iberia.  2) The East (or if you prefer the English south-east), that is a part of the "the North Sea World", looks to the low countries, the north German coast, and even to Scandinavia for trade, influence, and exchange.  How far back do these two spheres go?  I'd say all of the way back.  People didn't simply wait until AD 410 to hop onto a boat, I cannot accept that.

My first confession of bias, is that I do not believe that Anglo-Saxon England was born in AD 410.  I think that it had a North Sea influence much earlier than that.  Perhaps that is what the POBI 2015 study (people of the British Isles) found when they assessed the English to be a very homogeneous population, but with a mystery shared ancestry with the French, that appeared to date back long before AD 410.  Perhaps we should take more notice of Caesar's assertion, that the British Isles had recently been colonised by the Belgae.  Perhaps we shouldn't dismiss all of the suggestions by Stephen Oppenheimer, that there was an ancient Saxon presence in south-east Britain, and that the Belgae were a part of their story.

That is my first confession.  I think that the English have been around Britain longer than from AD 410.

My second confession.  I don't see an Anglo Saxon invasion, simply followed a few centuries later by a Viking army.  I see instead, immigrant farmers from what is now Belgium, the Netherlands, Northern Germany, and Denmark, arriving in South-east Britain in drips and waves between perhaps late prehistory, and the 12th century.  Immigrants more than invaders.  Fitting in where they could.  Grabbing what was available.  Perhaps they were fleeing fealties and bonds in their own countries.  Late Roman Britain suffered from uprisings, disputes, insecurity, and political weaknesses.  The economy collapsed, administration collapsed, society was in tatters.  It was easy to row past immigration control in the forms of the deserted Roman shore fort at Burgh, evade paying a tax, and to land at Reedham. 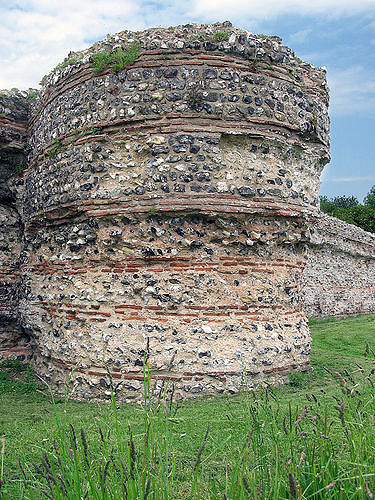 I can imagine that when they landed, they would have been met by others, already familiar with their dialects, eager to trade, and to sell services.  Guide them to the best cut of new land, or land that could be drained.  The economy was in collapse, local elites would have been ready to break with tradition, make deals with hard working immigrants.  Allocate land to work.  Who cares if it had bypassed the Imperial authorities, it was cheap and flexible.

So what I am suggesting is that the Anglo-Saxon invasion in places like the coastline and river valleys of East Anglia may not have been such a big hitter.  Instead of helmeted Angles and Saxons roaring up the beaches waving their swords, that the change could have been a little gentler, less confrontational.  Gildas and Bede, with their stories of Hengist and Horsa, could have been the outraged Daily Mail Editorial of their day "invading immigrants, raping our women, nicking our land!!".  Recent studies of cemeteries in the Cambridge area, have supported this hypothesis, with evidence that a) locals mimicked the culture of the immigrants, b) they inter-married, and c) the poorest were actually recent immigrants.  Source.

I'm not saying that it happened this way, it's just an alternative perspective.  Poor Dutch and German farmers looking for a better life in Britannia.  That might have been the scene in 5th Century East Anglia.  Of course, the good times couldn't roll forever.  New elites emerged, and started to exploit the fealties again.  Once again, the poor got poorer.  Feudalism established....

The trickle of immigrants probably continued.  The trade and contact across the North Sea didn't just go away.  Perhaps there was a secondary wave during the 9th Century AD, that which we associate with the Dane-Law.  Perhaps they were from the area of Denmark, but were they raging horned helmeted Vikings?  Sea levels had recently dropped ever so slightly, making new land at Flegg in Norfolk, actually of use, with just a little bit of drainage - as other new land would have been.  No wonder places like that are dotted with Anglo-Danish place-names.

Was this period though, just a continuation of what had preceded?  We could extend this in a way.  Norwich and Great Yarmouth became host to a number of Dutch protestants during the early 15th Century.  Later it was the Huguenots.  There always was a Dutch influence in East Norfolk.  During the early 20th Century, Anglo-Dutch sugar beet consortiums even carved up the landscape of the area.  Was this nothing new?

There was no British Genocide

There was no British Genocide II