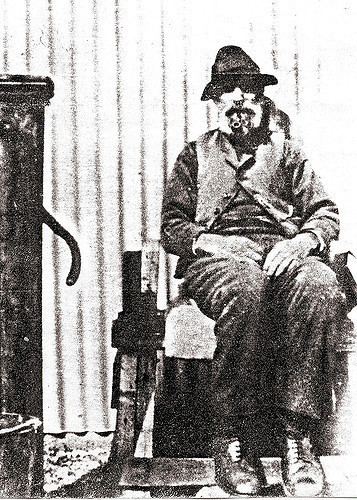 The above image was made from an opportunistic photocopy of a photograph held by a second cousin.  it is a portrait of Samuel William "Fiddler" Curtis.  He was one of my sixteen great great grandparents, and was born at Hassingham, Norfolk in 1852.  He worked as a teamster - an agricultural labourer that drove a team of horses in the fields.

1. The Past - Record Office Genealogy.

This was how I did genealogy almost exclusively twenty two years ago.  It still exists as a method.  It is still the most qualitative, and traditional research method.  It could be represented by a pair of white gloves - the sort that many record offices and archives insist that readers wear, while handling conserved records.  There is of course a cost.  Some parish registers for example, will suffer from handling, regardless of the level of care.  Otherwise I would recommend that all present day genealogists should practice it from time to time - in order to reference to the most original documents, or simply for the experience of handling these wonderful links to our ancestors.  I remember reading some parish records that I knew had been personally kept by my parish clerk ancestors.  I visited county record offices in Norfolk, Berkshire, Oxfordshire, Wiltshire, and Glamorgan.  I visited archives and the GRO in London.  Genealogy meant leaving the house and travelling.

Twenty two years ago, Digital Genealogy was in it's infancy.  The "IGI" was on microfische.  Censuses up to and including 1881 were available on microfilm.  Some parish registers were just starting to appear in the microfilm/fische room, but for many, I had to produce my readers card, don the white gloves, and carry a soft lead pencil.  Good times.  But sometimes frustrating.I had many dead ends.  If an ancestor moved more than a few parishes away, and preceded a census, you had to either spend years looking in so many parishes - or rely on a bit of luck.  You could of course find other researchers with shared interests.  They would advertise these interests in the columns of genealogy magazines, and in printed annual directories.

By the time that my personal interest drifted away from genealogy, things had already changed an awful lot.  Many more records had been photographed onto film or fische - to protect the original records from a growth of interest in family history.  Here in Norfolk, amateur genealogists were encouraged to use the film/fische reading rooms, rather than access the original documents.  Although some negatives were hard to read, it was much faster than ordering and waiting in a reading room by a ticket system.  People were also increasingly using the Internet as a way of sharing.  The IGI moved online.  We were also using database software programs such as Family Tree Maker, and sharing our .gedcom files online.

I then totally moved away from genealogy totally, for perhaps 12 years.

My interest in genealogy and family history returned after that long break way.  What had changed?  What do I think of the current scene?  So many documents have been digitally photographed, transcribed, indexed, then fed onto online databases.  It's incredible.  Within a few months, my family tree has grown and grown.  I've picked up so many dead ends.  The IGI has evolved into FamilySearch.org, an incredible free online resource.  National archives have growing online collections.  There are commercial online subscription based resources galore competing - Ancestry, FindmyPast, MyHeritage, TheGenealogist, GenesReunited, FamilyLink, Genealogy, etc.  FreeBMD grows.  We can not only browse the England & Wales census online, but since I started researching 22 years ago, we now also have 1891, 1901, and 1911.  With a subscription we can even view them from our homes.

It gets much better though.  So much has been transcribed and indexed - then added to databases.  This means that we can database Search for missing ancestors.  This is the greatest advantage to Internet and database transcriptions - this ability to find them, where we might not have looked.  Also to find new details, to flesh out the bones of our ancestors - military records, criminal records, transportations.  In the old days, we would have needed to either visit a number of difficult archives in London, or hire an experienced professional genealogist to do this for us.  This is the sort of stuff that can now be accessed by the amateur from the comfort of the home.  There is a lot that is positive about the Present.

What can be depressing is that the margin for error has not only increased through badly transcribed indexes, but the ease of Internet search, and of copying previous research - duplicating error has greatly increased.  When I uploaded a skeleton direct ancestral tree to MyHeritage, I was plagued by the website, to add other people's work to my tree. However, when I look at their trees, very often, I don't agree with their conclusions.  I see what I believe to be errors.  Wrong generations married up.  Desperate looking links from parents many miles away - that when I investigate them, I can't verify.  I've very quickly learned to distrust other people's online trees.  I'll use them only as suggestions to investigate. 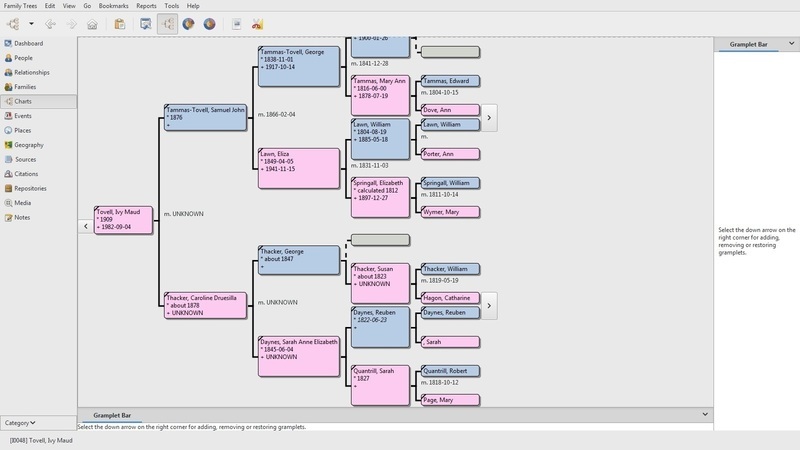 The title of this section is a bit of a tease.  I was a bit of a sceptic of genetic genealogy.  Even now, I feel that people wishing to use DNA evidence for extending family trees should in most cases, save their cash.  However, I can see that one day in the future, genetic genealogy could be a serious tool.  What it presently lacks, particularly outside of the USA, is data!  It can only work, when enough people have recorded and shared enough DNA data online.  Even then, for anything else than measuring quite close relationships up to say, second or third cousin, autosome DNA does not offer much to the genealogist.  Most of our DNA is autosome.  Very useful for checking for recent non-paternal events.  Useful for example, for finding close biological relatives.

What I think will be of more use in the future, will be haplogroup DNA.  The Y-DNA and mt-DNA, and then - only when many, many more people, have submitted and recorded their DNA.  Even then, it will not produce a family tree.  It will identify common biological relations between researchers and other submitters.  Y-DNA will increasingly tie to surnames - and also mark the non paternal events where the haplogroup jumps from one surname to another.  FamilyTreeDNA are the forerunners in that field, with their DNA Projects.  Surname and geographic projects link actual family lines to certain haplogroups, clusters of haplogroups, STR markers, SNPs etc.  It's a great idea, but it's in it's infancy.

Imagine a future though, where not only most researchers have registered DNA data, but that of past generations - parents, grandparents, and even ancient DNA from archaeological sites.  This is where genealogy overlaps with anthropology.  Traditional genealogy traces ancestors from recent centuries.  DNA haplogroups show promise for tracing the general movements, admixtures, displacements of ancestors from thousands of years ago.  At the moment, genetic genealogy rarely supports traditional genealogy - rather, it compliments it with very different material.  In the future though, as if we continue to tie more SNPs and STRs to actual family lines, it'll start to mean something more to the historical period.  Actual surnames will start to attach to clusters.  At least that is how I see it.  I'm sure that the shareholders of the DNA testing companies would also like us to see that vision.