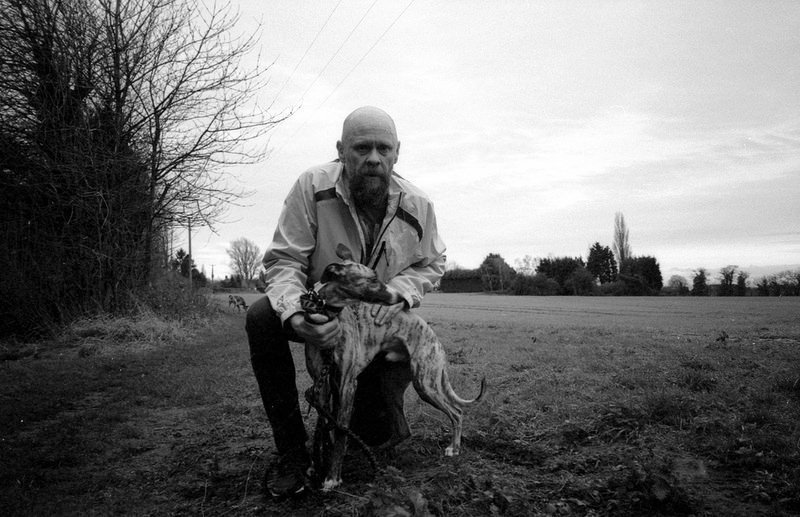 I took the above photograph of myself on a recent run with the dogs,, using the self-timer function on my thirty five year old Olympus XA2 compact camera.  Taken on Rollei Retro 400S film, that I then developed in LC29

I did consider an alternative title for the post, following some more paper genealogical research ... something along the lines of From a long line of bastards.  However, not all family might share my amusement of such a title.  What prompted that thought was some online ancestor-chasing in one particular root of my father's ancestry.  The Barbers of Swanton Morley, Norfolk.

I recently reported on an ancestral root from my father's side of the family, with the surname Barber.  I traced them through my crow-keeper great grandmother to villages in South Norfolk.  However, I'm now on the trail of a totally different Barber family, also on my father's side, but this time from Mid Norfolk.

My great great grandfather, William Bennet Baxter (photograph below), married my great great grandmother Harriet Barber, at Swanton Morley, Norfolk, in 1866.  Both of them had been born illegitimate at the nearby Gressenhall Union Workhouse.  Their connections with that workhouse didn't end there.  Their first two child Jemima, was also born there illegitimately.  Later family members also had connections with that workhouse, that now houses Norfolk Rural-Life Museum.  I often like to think of that building, as the Family Home.  I knew that William Baxter's mother in 1846 was an Eliza Baxter.  She must have had to face the shame of wearing a yellow jacket in the workhouse, to signify that she was an unmarried mother.  She may have also been excluded from the workhouse Christmas dinner, as another shaming.  I've recently discovered that her parents (my G.G.G grandparents) were a Samuel and Frances Baxter (nee Shilling), of nearby East Dereham, Norfolk. 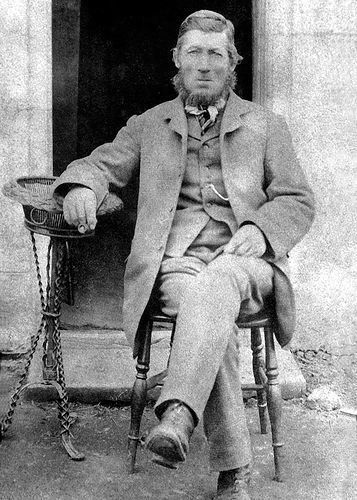 Moving back to the Barbers, starting with Harriet Baxter (nee Barber).  She was born at Swanton Morley circa 1847.  She appeared on one census in Swanton Morley as a young girl, with her grandparents, James and Jemima Barber (nee Harris).  She is named there as a granddaughter of James.  However, who was her mother?  I'm missing a generation.  She was born at the Union Workhouse, and I'm fairly certain that she was illegitimate, and that with the census information, suggests to me that her mother was a daughter of at least James Barber.

So I start searching parish registers for Swanton Morley.  It turned out that G.G.G granddaddy Barber, was born as James Alderton Barber in April 1803 at Swanton Morley.  He married at least three times.  The first marriage I can't find.  The second was my ancestral, he married G.G.G Grannie Jemima Harris at Swanton Morley on 6th December 1825.  She gave him at least seven kids, although at least four of them died young.  Then at the age of 58 years, she died.  He married again before 1861.  Later he had a wife called Amelia.

James had seven children by Jemima.  One of them must have been the parent of my Harriet.  Which one?  I believe that she was illegitimate but carried the Barber surname until married.  That suggests a daughter of James and Jemima.  They had at least four daughters - Hannah, Frances, Jemima (twin of James junior), and Mary Ann.  On checking the burial register of Swanton Morley, things narrowed down.  Hannah had died as an infant.  Jemima died age four (her twin brother died age seven).  Mary Ann died as an infant.  That only leaves Frances, born 1830 at Swanton Morley.  However, it's bad to assume too much in genealogy, so I've decided to pay out for Harriet's birth certificate from the GRO in London.  I should have my answer in a few weeks time.

All of the child deaths that you see in these 19th century families.  It does sometimes knock you back as you uncover them.  The poor health, lack of welfare, and shear poverty that families had to endure then.

I've got to wait for that certificate to arrive, in order to verify which of James's children was the parent of my Harriet.  However, I went back on the lineage a bit further, and it gets interesting.  G.G.G Grandad James Alderton Barber was born illegitimately in Swanton Morley on the 28th April 1803, to a Sarah Barber.  He was not alone.  Between 1803 and 1818, my G.G.G.G Grannie Sarah apparently had at least six children, all baptised and recorded as illegitimate!  I'll never know the full story, but somehow she survived unmarried.  The first two children carried the middle name Alderton, perhaps suggesting that was the name of their biological father.  A later child carried the middle name Maris, and another was named Sissons Barber.  All could suggest a number of biological fathers.  All were born in Swanton Morley.

I feel a little embarrassed talking about illegitimacy as a subject.  It is no longer seen as something shameful, nor should it be - but it was seen as sinful and irresponsible for a very long time.  The status no longer exists in the 21st Century, with the changes in family structures and a shift away from religion.  That it was treated as so shameful now sounds outrageous.  A side effect of a religious and hypocritical society - taking it out on children, and on mothers.  So when I see an ancestor living in a small Norfolk village during the Napoleonic period, I wonder how she lived, what happened, how was she seen, did her children survive?  She may well have been a colourful ancestor, and the talk of the village.  Or she could have been the tragic victim of abuse?

The illegitimacy wasn't restricted just to her generation.  As I said, her great granddaughter Harriet was also most likely (waiting for that certificate to confirm) illegitimate and born in a workhouse - as was Harriet's husband, and their first child. 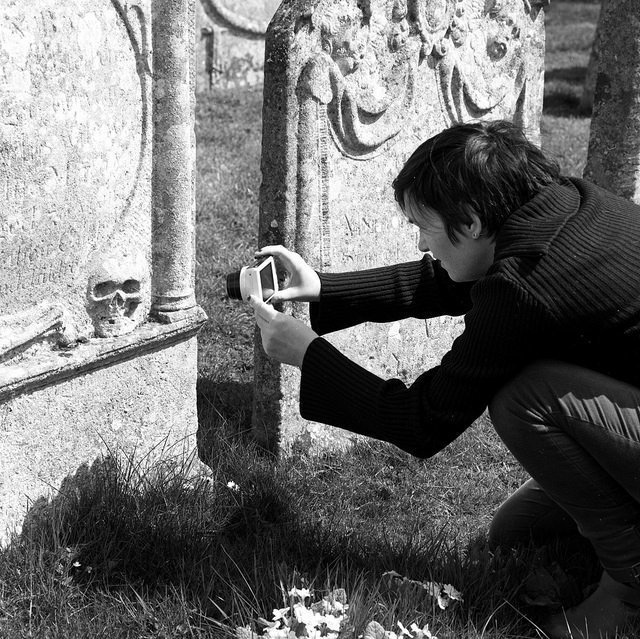