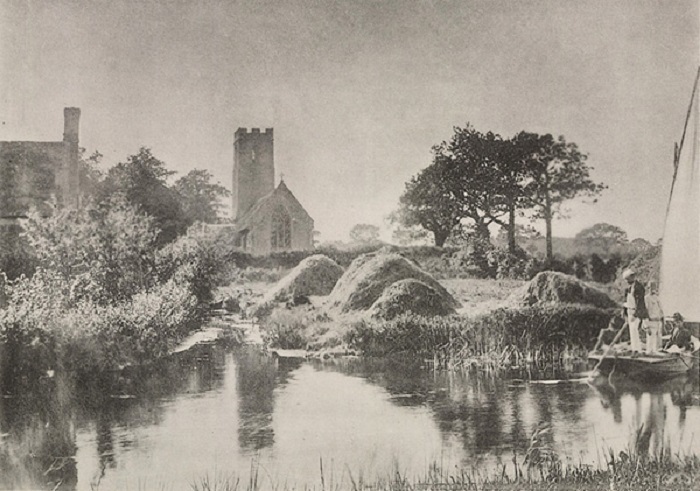 Irstead Church, Norfolk.  The last recorded parish of the Shorten family in England 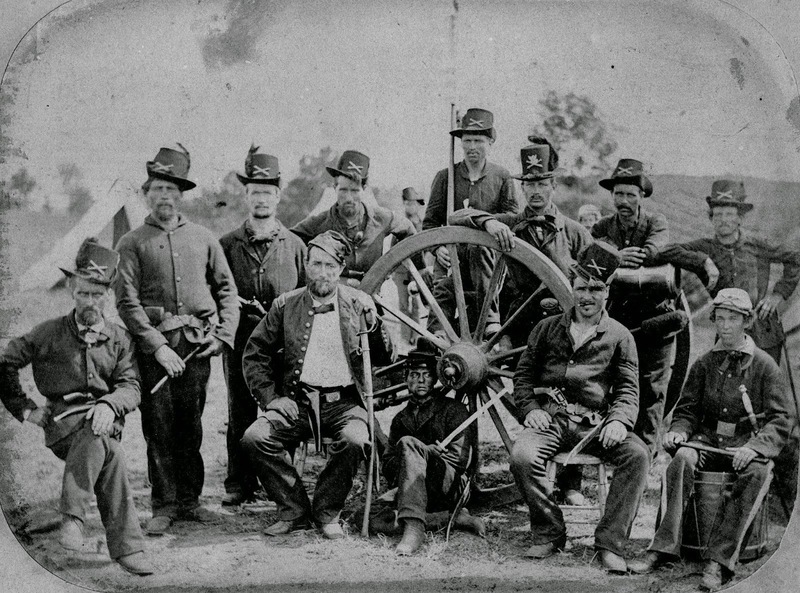 I could call this post "What My Norfolk-English Family did in the American Civil War".

3rd January, 1838, Thomas Shorten, a local 20 year old, poor agricultural labourer, married 19 year old Rebecca Rose in her home parish of Strumpshaw in Norfolk, England.  Thomas himself was born nearby in the small parish of Southwood, where incidentally, my mother was born some 140 years later.  We don't move far in our family line.

These were incredibly tough times for the agricultural working classes in East Anglia.  Enclosure had disenfranchised them from their ancestral land.  The land had become privatised.  The threshing machine and other new technologies then made even their labour surplus to requirement.  Poverty was made a crime through the Poor Laws.  My family line were the ones that stayed here - but as I research my family history, so I come across time after time, how many of their siblings and cousins were forced to leave East Anglia, to seek a new life in London, the North of England, or abroad in places such as Australia, New Zealand, Canada, or the USA.

This is the story of one of those families.

The couple moved from Strumpshaw some fourteen miles north, to a similar Broadland water side landscape at Barton Turf - a small and old  parish adjacent to Barton Broad and to the River Ant in Norfolk.  Maybe Thomas had found precious employment there at a labour fair, or at a market.  There at Barton, it appears that Rebecca gave birth to at least four children between 1843 and 1849 - Rebecca, Thomas, George, and Sarah Ann.  Thomas supported his young family as best as he could - selling his labours and skills to local farmers.  Their children were baptised, not always immediately, at the local Anglican church, the medieval church of St Michael & all Angels.

The growing family appear to have made a small move to the next parish of Irstead - south of Barton Broad.  They lived on the Low Road which I believe was near to the rectory and church at Irstead Staithe, alongside the small River Ant.  The photo of Irstead Church at the top of this post was taken late into the 19th Century from across that river.  A lovely medieval thatched roofed Norfolk church dedicated to St Michael.  Perhaps the family moved along that river on the sailing vessels that passed along, mastered by watermen or a little later, by the wherrymen of Norfolk fame.

At Irstead, Rebecca gave birth to at least four more sons between 1849 and 1854: Henry, Alfred, Robert, and John Shorten.  By the end of that period, they had to feed and to support a total of eight children.  The pressure must have been immense.  They most likely lived in a squalid tied cottage, with no running water.  The children would have been expected to contribute to income or house work as soon as they were old enough.  Boys were expected to earn money in simple agricultural work from around the age of six.

Emigration to New York and the USA

New York Passenger List (for some reason the children here were being accompanied by a Mary - although this may have been their mother Rebecca Shorten?).

The family appear then to move westwards across New York State, to the township of Ridgeway in Niagara County.  They were now an East Anglian-American family. 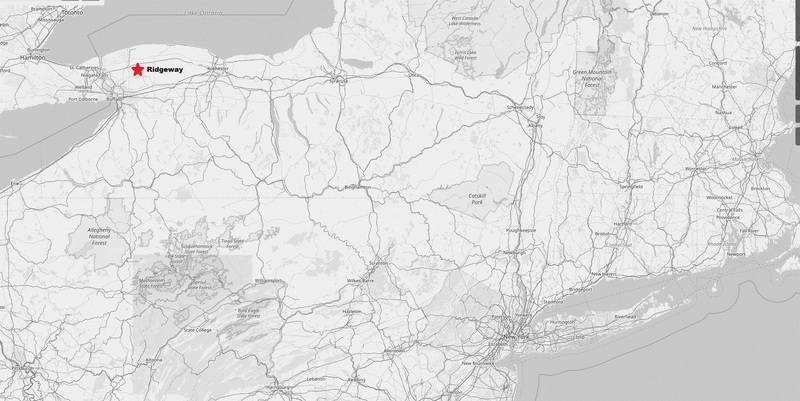 Five years after the family arrived in the USA, the election of Abraham Lincoln, and threats to the slave economy of the Southern States, lead to the secession of a new Confederacy from the USA.  The Lincoln government reacted with force.

The Shorten family in Niagara County were not slow to come to the aid of the Unionist Government.  They were now "Yankees".  Their eldest son Thomas, age 24, enrolled in the Union army first - as soon as news reached Niagara - he joined the 28th Infantry Regiment of the New York Volunteers on the 11th May 1861.

His younger brothers followed in 1862.  George Shorten, age 23, Henry Shorten, age 18, and William Shorten, age 17 - all joined the same 25th independent battery, New York Volunteers Light Artillery in the August of that year.  Four sons of Thomas and Rebecca were now fighting on the Union side in the American Civil War - four Norfolk sons.  They grew up in sleepy quiet Irstead, Norfolk, next to the little River Ant.  Now here they were, engaged in a terrible modern war thousands of miles away.  Their Norfolk accents must have still been noticeable.  But their patriotism to their new country undeniable. 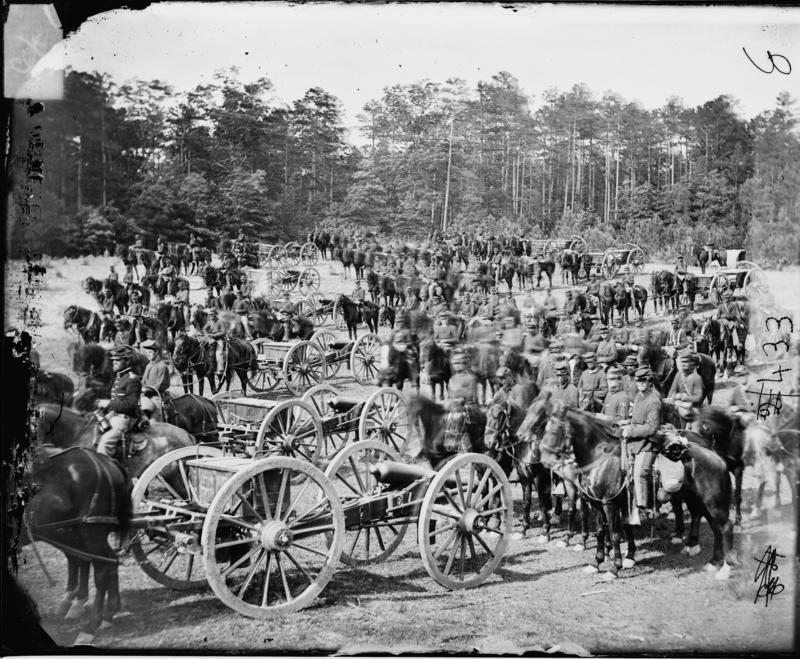 All four brothers would have seen substantial action throughout the following years of the Civil War.  In the 28th Infantry of the New York Volunteers, Thomas Shorten (Junior) would have witnessed a number of conflicts with the Confederates during his four years of active service in the Unionist infantry: 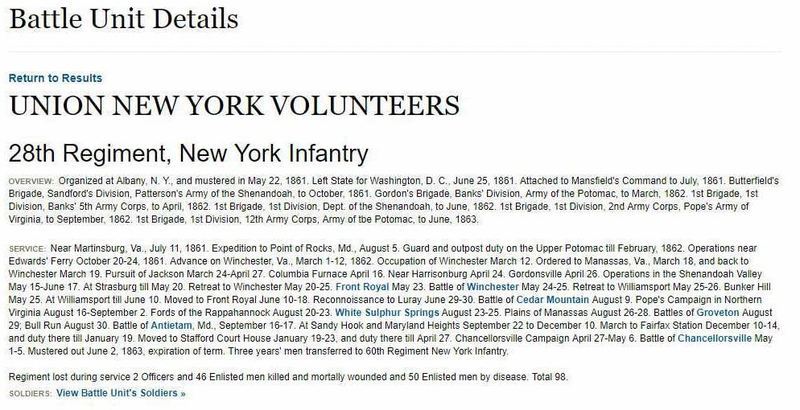 His three younger brothers, George, Henry, and William Shorten spent the War together in the same battery of the New York Volunteers Light Artillery:

The death toll of the American Civil War is estimated at 620,000.  The Shorten family were incredibly lucky.  All four brothers came back alive and apparently with no serious physical injuries.  With the victory, they were discharged from their army duties in July 1865.  They could all go home.  Thomas (Junior) after more than four years service, was mustered in South Dakota.  His three brothers all still together in the Light Artillery were discharged in New York State: 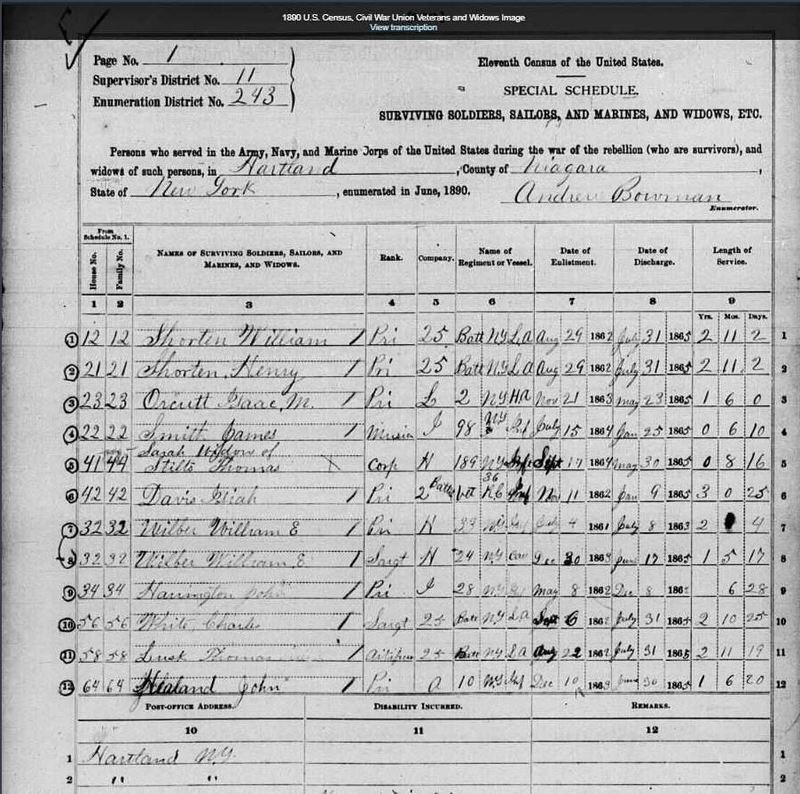 Their parents Thomas (senior) and Rebecca were living in Hartland, Niagara County, New York State at the end of the Civil War.  The brothers returned there.  However, five years later, the US 1870 Census records that Thomas (senior) and Rebecca Shorten, now in their early sixties, had moved far to the west, to their own farm in Clinton County, Illinois.  Their youngest sons, Alfred and John still with them.  The poor labourer from Southwood parish had moved a long way.

As for their older sons, I lose track of George after he appears at Hartland, County Niagara in 1865 - but Henry, and William all marry, and go on to father children in New York State.  Thomas (junior) appears in the 1890 Civil War Veterans census in South Dakota, where he had been mustered.

That's what my family did in the American Civil war.