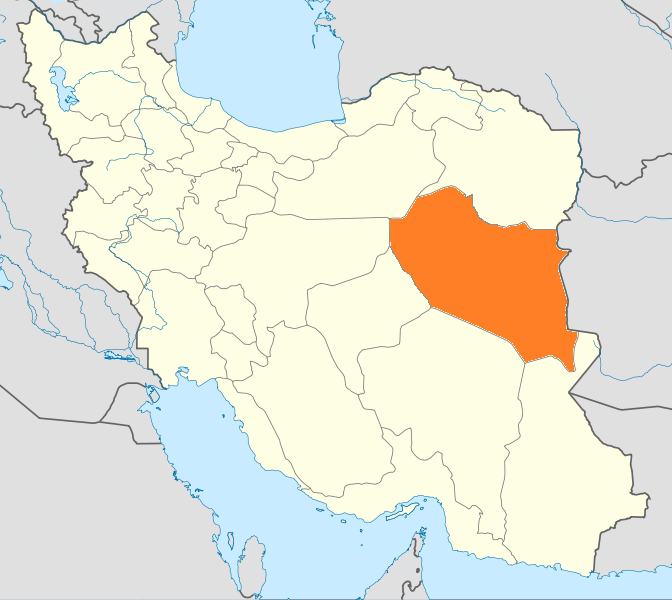 Early examinations of the Chandler / Brooker Southern English L-M20 Y haplogroup samples, seem to be suggesting that they share a common ancestor quite recently, perhaps between 300 and 600 years ago.  That might mean that a Y ancestor carried the haplogroup into England, perhaps between the 13th and 17th centuries AD.

Where did that Y-DNA come from?  It could have been carried directly by one Y ancestor from a homeland, or it could have transported to England gradually over many generations, from a homeland in Western Asia.
An early match has been forwarded by Caspian, forum user at Anthropogenica.  It is a 111 STR marker, from Birjand / Southern Khorasan, in Eastern Iran.
Could this be the home of our Brooker family Y ancestors?  That is to say, if I was to trace my father, back to his father, to his father - and to continue along this route, might I eventually find my ancestors on this paternal line, in Eastern Iran?  It's an early possibility.  More data, more tests, might eventually give me a better answer.
The STR evidence linked on a Google Sheet.
Birjand on Wikipedia.
Edit. 25th May 2016
Early analysis by Gareth Henson, informally suggests a tmrca (time since most recent common ancestor) between myself and the guy in Eastern Iran, of circa 3,000 years ago, or if you prefer, 1000 BC. That would mean that we shared a common lineage until around the time of the Later Bronze Age in British terms. Our common  Y ancestor most likely lived nearer to his home in Western Asia than to mine in North West Europe.
That isn't long ago. It might suggest that our most recent common ancestor lived in Western Asia around about the time of a series of tensions and conflicts  between Greeks and Persians.  On the other hand, Anthropogenica user Anabasis, using the Clan McDonald TMRCA Calculator, suggests a more recent date, around 1,800 to 1,500 years ago.  That in his words puts it into a context of "In that times Roman - Sasanian wars happened along Eastern Anatolia. Greek- Persian wars were 1 millennium earlier.".  However, he warns, that STR data is not a trustworthy indicator of a TMRCA.
What I love though, is that it stirs the imagination.  Whether 1,500 years ago, or 3,000 years ago - I, an East Anglian, had a paternal ancestor somewhere most likely, between Eastern Anatolia, and Afghanistan.