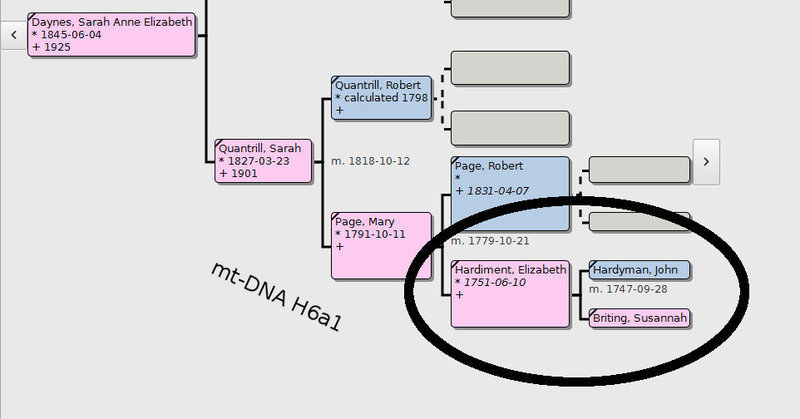 I took a little local bicycle ride today, along the extremes of my recorded maternal line - that which should carry my mt-DNA.  23andMe tested it as H6a1.  WeGene and mthap analyser both suggest H6a1a8.  I'm looking forward to see what Living DNA make of it.  The haplogroup, based on current evidence, most likely originated on the Pontic and Caspian Steppes, before spreading into Western Europe during the Early Bronze Age.  However, on documentary record, I've traced it back to Generation 9 - my maternal G.G.G.G.G.G Grandmother, Susannah Briting (Brighten, Brighton) who married my ancestor John Hardyman (Hardiment, Hardimend, Hardiman), in the Norfolk parish of Bunwell in 1747.  According to the Bunwell Parish Registers, between 1748 and 1754, John and Susannah had four children baptised at the local church of Bunwell St Michael & Angels: John, Martha, Elizabeth, and Thomas Hardyman.  My G.G.G.G.G Grandmother Elizabeth Hardyman, went on to marry my ancestor Robert Page at nearby Wymondham in 1779, and continued my maternal line down to my Mother.

Bunwell is a parish of scattered settlement and hamlets, located above the Tas Valley, on the high boulder-clay soils of South Norfolk.  These heavy soils encouraged a pattern of dispersed settlement during the Late Medieval, with occupation often taking place along the edges of common land.  This could suggest limited manorial control. 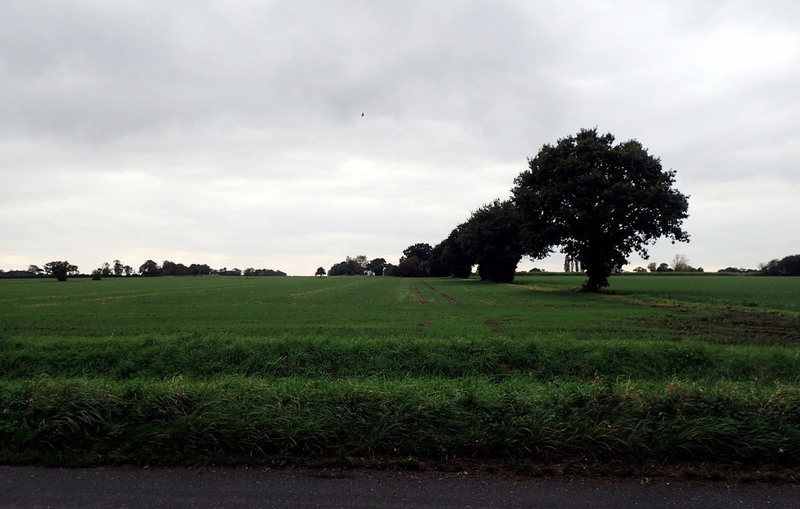 I took this photo of the local landscape.  Large medieval open fields were divided into smaller enclosed fields during the 17th to 19th centuries.  These small parceled and enclosed fields were then opened up again into larger fields, with the removal of many hedgerows, during the 20th century.  Main land uses today are arable agriculture - modern crops include sugar beet, wheat, oil seed rape, etc. 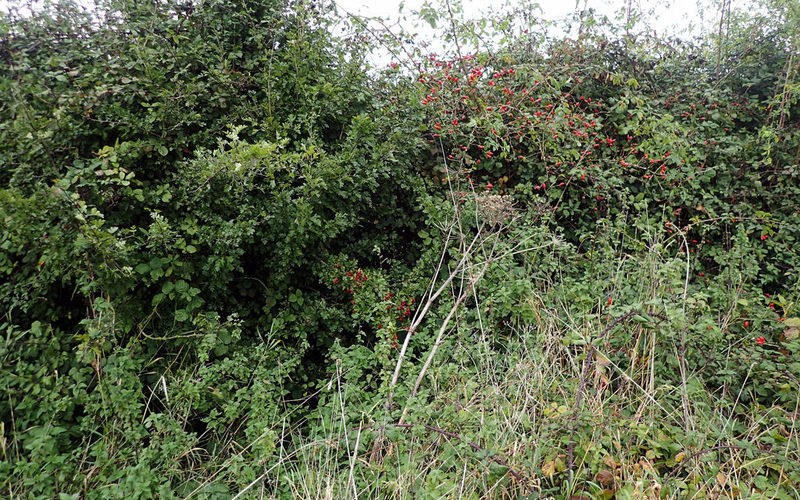 Counting the number of plant species within a designated length of hedgerow has been used as a dating process.  The number of species increasing across the centuries.

Vernacular tradition includes many classic South Norfolk farmhouses, of which the following example is a striking example: 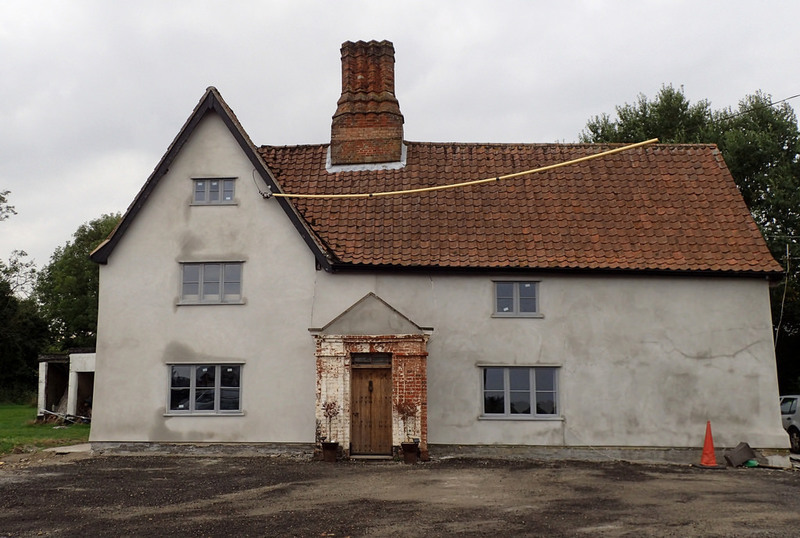 The owner has been renovating it from many years, having inherited it from his father.  Aside from the chimney (which was replaced following a lightening strike), the newest sections of the house date to the 1740's.  The eldest have not been dated, but perhaps extend to the Late Medieval.

The Church building is of the Perpendicular tradition, and dates to circa the 1450's, although it was most likely built on the site of an earlier church.  It is dedicated to St Michael and All Angels. 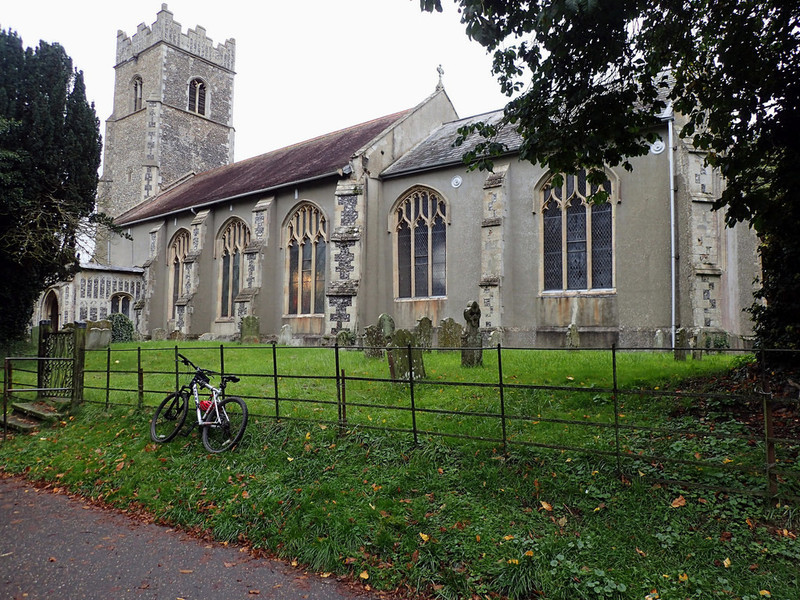 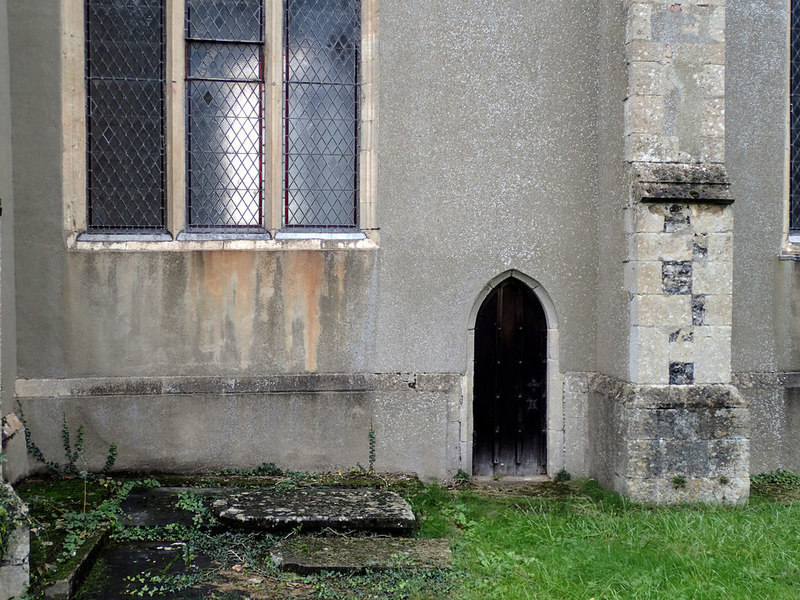 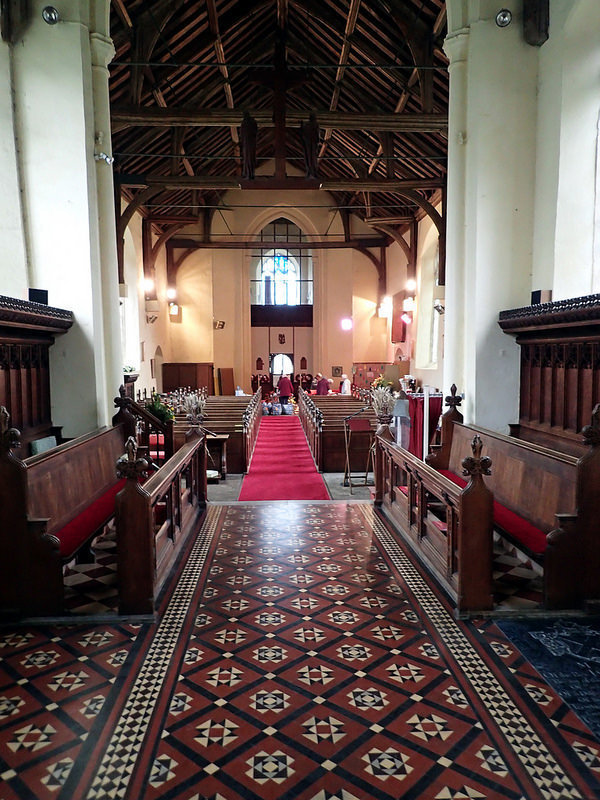 It is very much still an active church.  A knitting club were busy at work on my visit.  The church warden also called in.  The locals told me that there were, or still are Hardiment and Britings living in the parish.  I had a look around the surrounding graves. 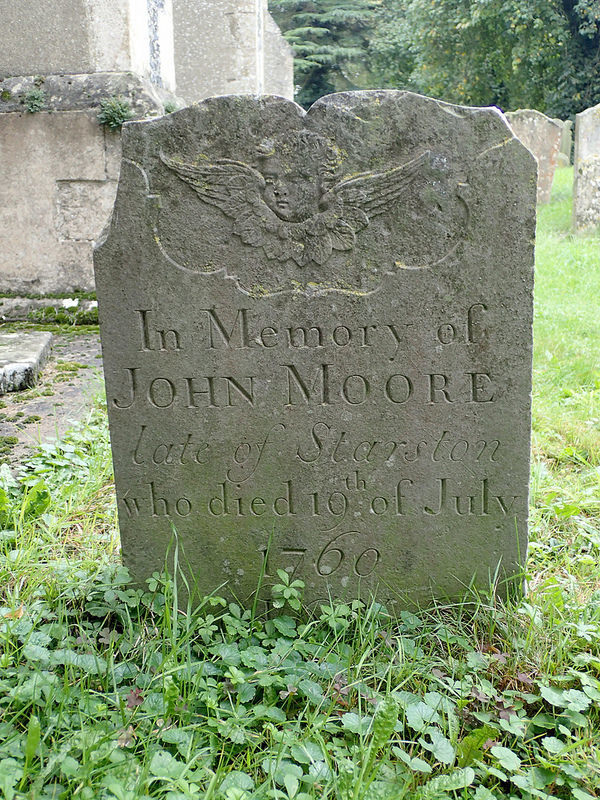 This headstone is a good example of 18th century headstones in East Anglia.  Sadly, not one of my known ancestors.  Note the extra information Late of Starston.

I didn't spot any Britings, but I did find a cluster of Hardyman graves, including this example: 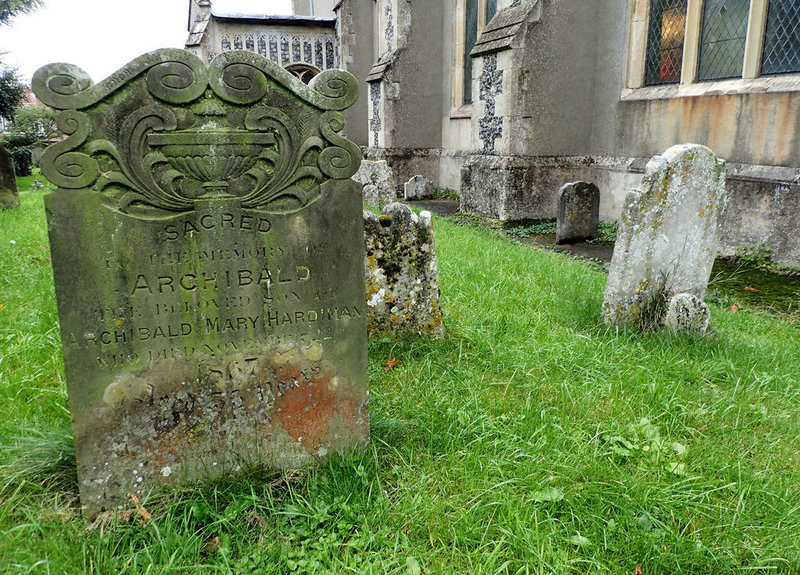 Not one of my direct ancestors, but most likely, a cousin.

My mtDNA ancestor Elizabeth, moved away from Bunwell, marrying nearby at Wymondham. From there, my mtDNA line moved through other nearby villages, including Bestthorpe.  Another generation on, it made an unusual leap (my Norfolk ancestors rarely moved far) to the opposite side of Norwich, to the parish of Rackheath in Broadland.  It then moved further East, to the parishes of Tunstall and Reedham.  On to Hassingham and my mother carried it back west to the Norwich area. We've ironically both  carried it back to the Wymondham area.