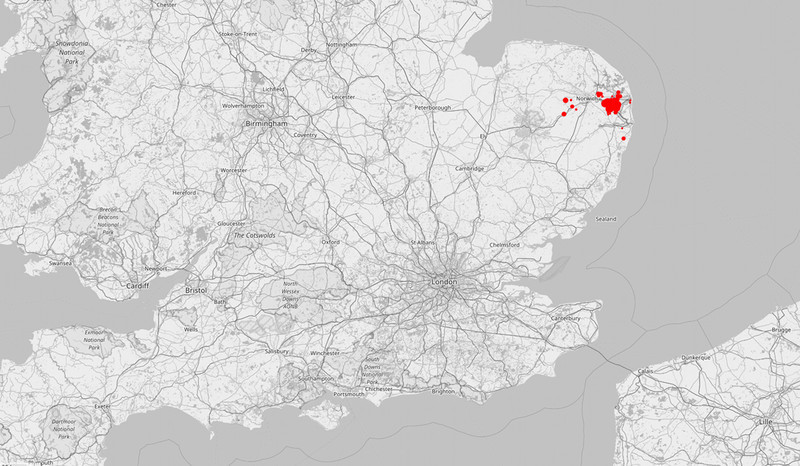 So, maybe I need to discard ideas of my mother's tight cluster of recorded ancestry as having been so localised for so long.  Although, the density of the cluster does suggest that she probably have some direct ancestry in the Reedham area of East Norfolk for a very long time, perhaps back to the early medieval, there is also a good probability that her medieval ancestry stretched much further across the region, England, and to the Continent.  Indeed, her known ancestral proximity to the coast and a tidal navigable river makes that Continental ancestry more likely.  For my father's ancestry - the majority recorded East Anglian, but with known ancestry going back to Oxfordshire, Berkshire, London, and the East Midlands, this might be even more the case.
views