I've inherited from my father, a yDNA haplogroup of L1b M317.  Not a haplogroup ordinarily even regarded as European.  It's not particularly common anywhere, but of such low concentrations in North-west Europe, that it doesn't even appear on our haplogroup maps or tables.  Closely related L1a is concentrated in India, while L1c is concentrated around Pakistan.  But our sub clade L1b, has it's main concentration in Western Asia, south of the Caucasus.  It has been found for example in higher concentrations, in the Pontic Greek community that lived in Pontus, North East Anatolia, on the coast of the Black Sea.

I'm currently investigating the yDNA further with STR testing.  Unless the haplogroup was passed into our family at some point, via a non-paternal event, it should follow my surname line, which I've traced back to a John Brooker who fathered children in Oxfordshire during the early 19th Century.  The surname itself is certainly English.  It clusters in a few places in England - particularly in Kent / Sussex, although our family surname appears to have originated with a smaller cluster in the Oxfordshire / Berkshire area of England.  So how did we end up with an East Anatolian Y?

I quite like the below example of a similar, even more bizarre event in another English family, the Revis Family of Yorkshire, that share yDNA more normally associated with people in South-West Africa:

" ... it is surprising to find the haplogroup A1a (M31) in a family of the Yorkshire surname Revis. This haplogroup is close to the root of the human family tree and rare even in Africa. Genealogical detective work established that the Revis males who carried A1a fitted onto two family trees going back to the 18th century in Britain. A paper trail to a common ancestor could not be found, but genetically he can be deduced a few generations earlier. How A1a arrived in Yorkshire remains a mystery. As Turi King and her colleagues point out, it could have come via a round-about route and not carried direct from Africa.22T.E. King et al., Africans in Yorkshire? The deepest-rooting clade of the Y phylogeny within an English genealogy, European Journal of Human Genetics, vol. 15 (2007), pp. 288–293; G. Redmonds, T. King and D. Hey, Surnames, DNA and Family History (2011), p. 201-204. A possible clue is that the surname Revis is derived from Rievaulx.23P.H. Reaney and R.M. Wilson, Oxford Dictionary of English Surnames, 3rd edn., revised (1997). In 1301 a William de Ryvaus was the wealthiest taxpayer in Marton, North Yorkshire, about six miles from Rievaulx, and a man of the same name paid tax in Gisburne (Guisborough) about 12 miles north of Rievaulx, while a William de Ryvauxe was the sole taxpayer for Barnaby, in the parish of Guisbrough.24Yorkshire Lay Subsidy - 30 Ed. I (1301), ed. W. Brown, Yorkshire Archaeological Society Record Series, vol. 21 (1897), pp. 32, 43 bis, 45. Rievaulx was a Cistercian Abbey in medieval times, founded from Clairvaux in France, and part of an Order with houses in Spain and Portugal built on land won from the Moors. No doubt genetic traces were left in Iberia of the Moorish centuries. A1a is not the most likely haplogroup to be among them, but perhaps not completely impossible. Master masons and other useful craftsmen could have been recommended by one monastic house to another in the Order. So we can dimly see one possible route from Africa to Yorkshire."

As for how our y-DNA may have arrived in Southern Britain, I can imagine a number of scenarios.  There is the early Neolithic hypothesis, that Y haplogroup L1b may be a remnant survivor of early European populations that had settled Europe before they were largely displaced during the Bronze Age, by DNA from the Eurasian Steppes.  But if that were the case, I'd expect it to be less rare.  L1b is scattered in low frequencies across Italy, and along the South European coast of the Mediterranean.  For that reason, it may be that it arrived here, or gradually made it's way across the Continent via the Roman or later Byzantine Empires, from Pontic Greek communities.  That is one possible route. 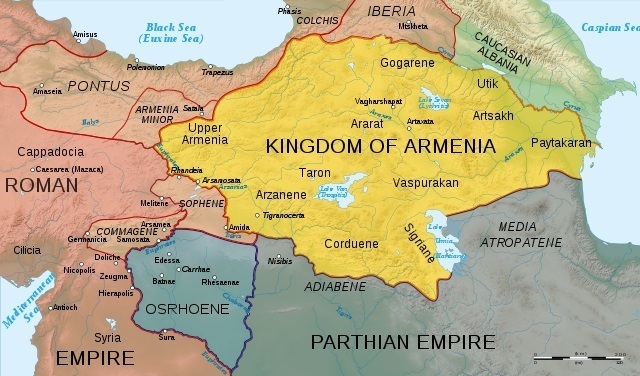 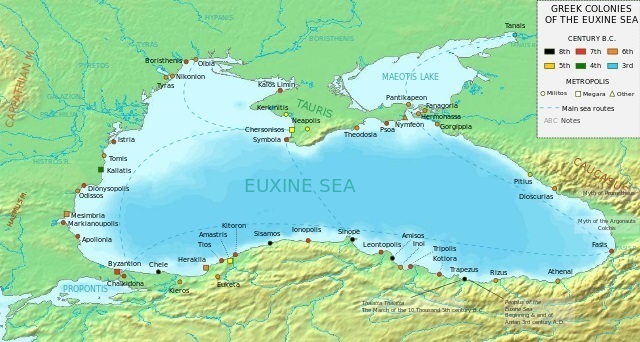 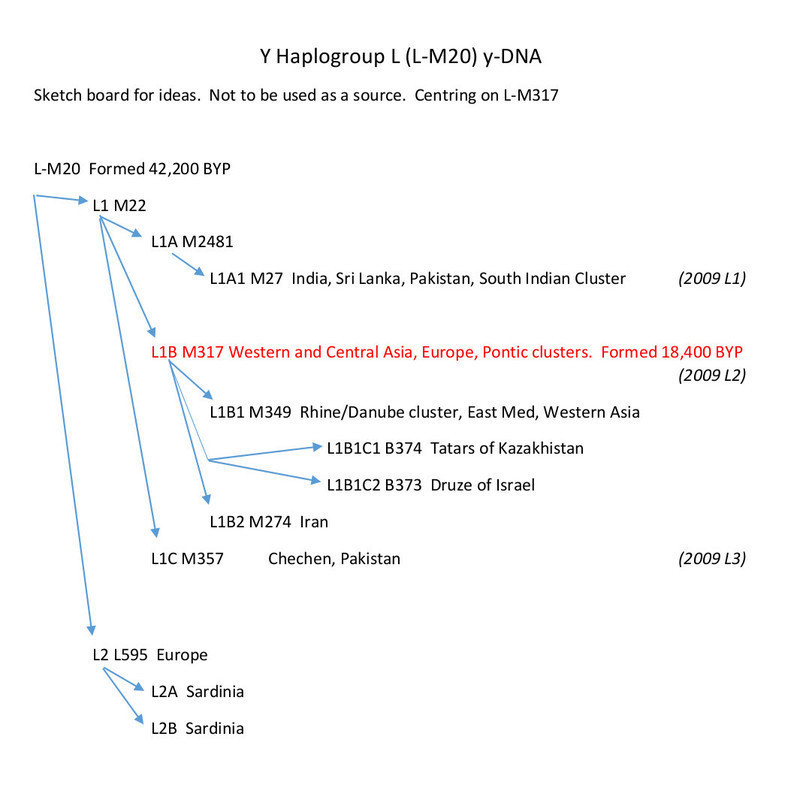 I've listed the origin (and sometimes origin or ethnicity) of all of the L-M317 listed on the Y haplogroup L project at ftDNA.  Including both SNP confirmed, and predicted:

Two from Greece (one specified as Pontic Greek)

Two from Armenia (one specified as Turkish)

One from Iraq (Assyrian)

One from Azerbaijan (Azeri)

One from USA (surname Ayers)

One from Russia (Tatar)

One from Cyprus (Austrian Tyrolean)

Where will our L-M317 fit in?  Which of these will turn out to be my nearest cousins?