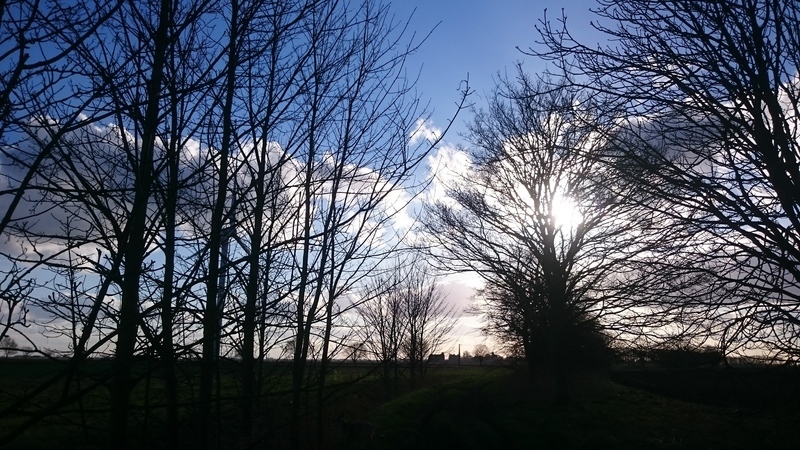 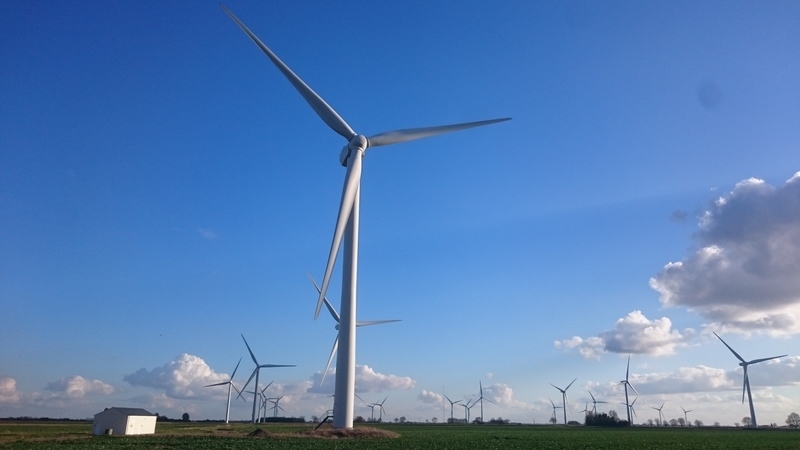 I thought that I would celebrate my thirtieth run with the dogs, on my return to fitness campaign, by taking them a little off their usual track.  I do try to vary our running routes, although living in the Fens, where farmers are queuing up to shoot you for stepping off the public road, it's not really that easy.

So I took them (with the lurcher protesting that he needed to stop and sniff/piss even more than on normal runs) on an 8.1 mile linear there and back run down to Coldham Windfarm. 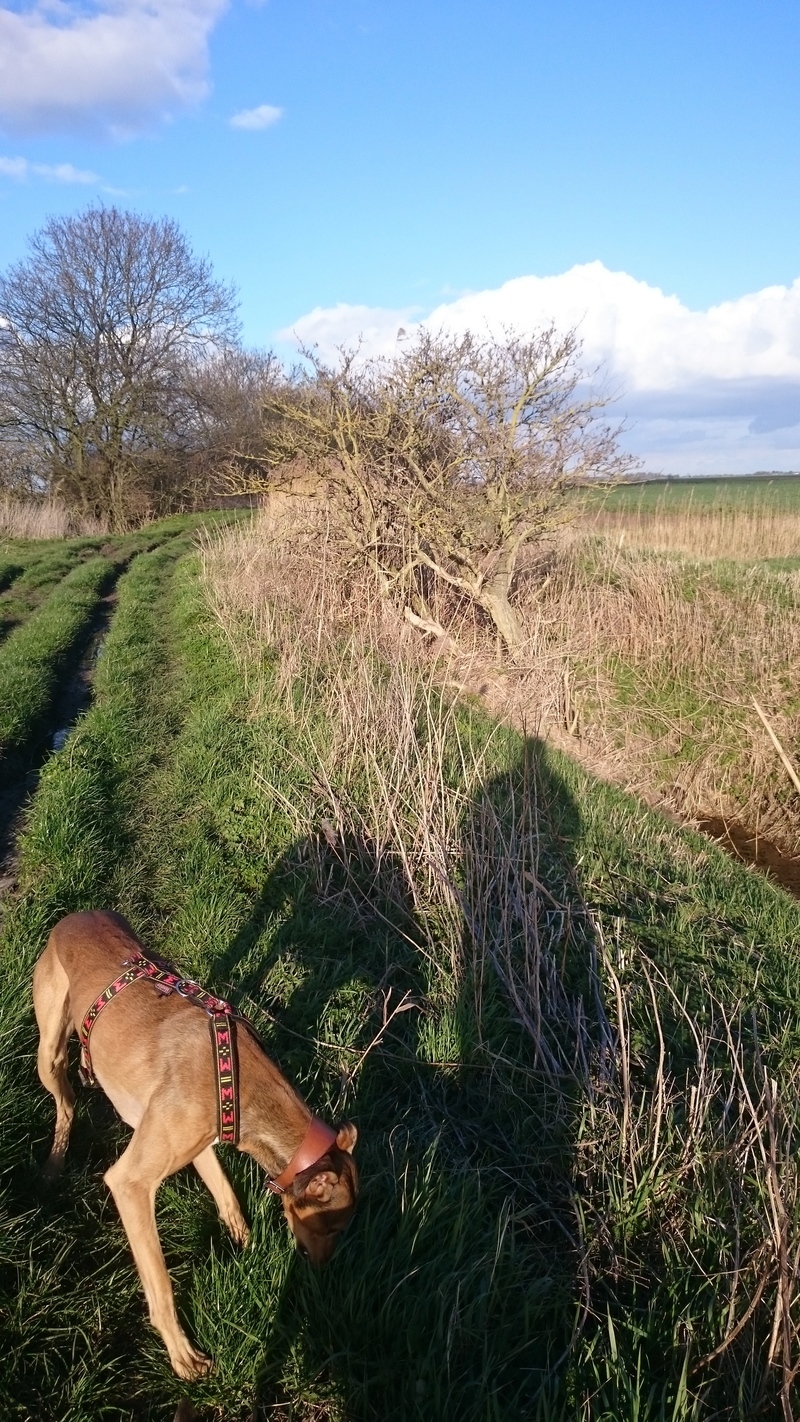 All went well, except when the dogs heard some nearby gun fire.  The lurcher responded by having a panic attack, and hiding at the bottom of a deep ditch.  Photo below: 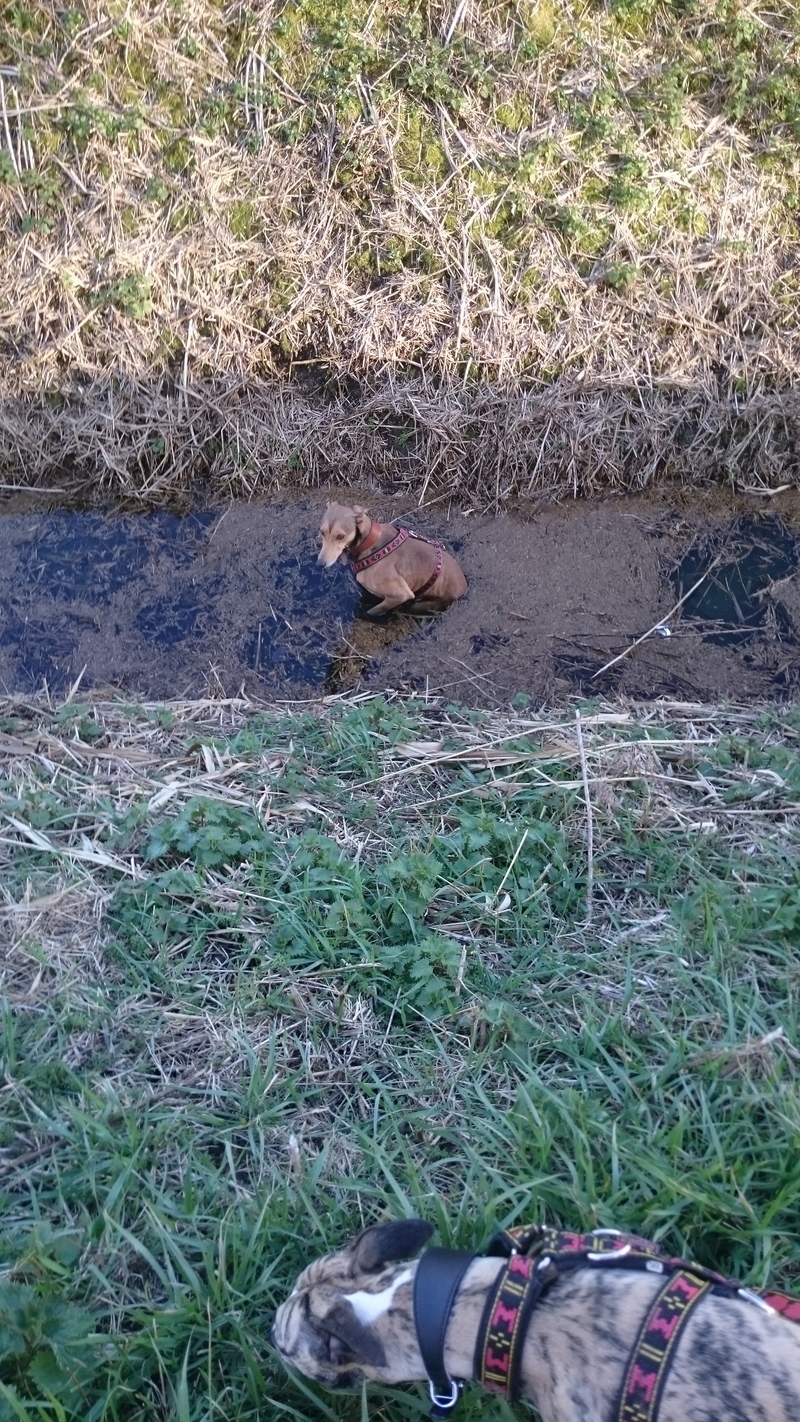 I had to climb down the steeply cut banks through stinging nettles, and literally pull the quivering dog out.  What a strange dog.  The whippet wasn't at all bothered.

We had a good run back, passing through the village of Friday Bridge: 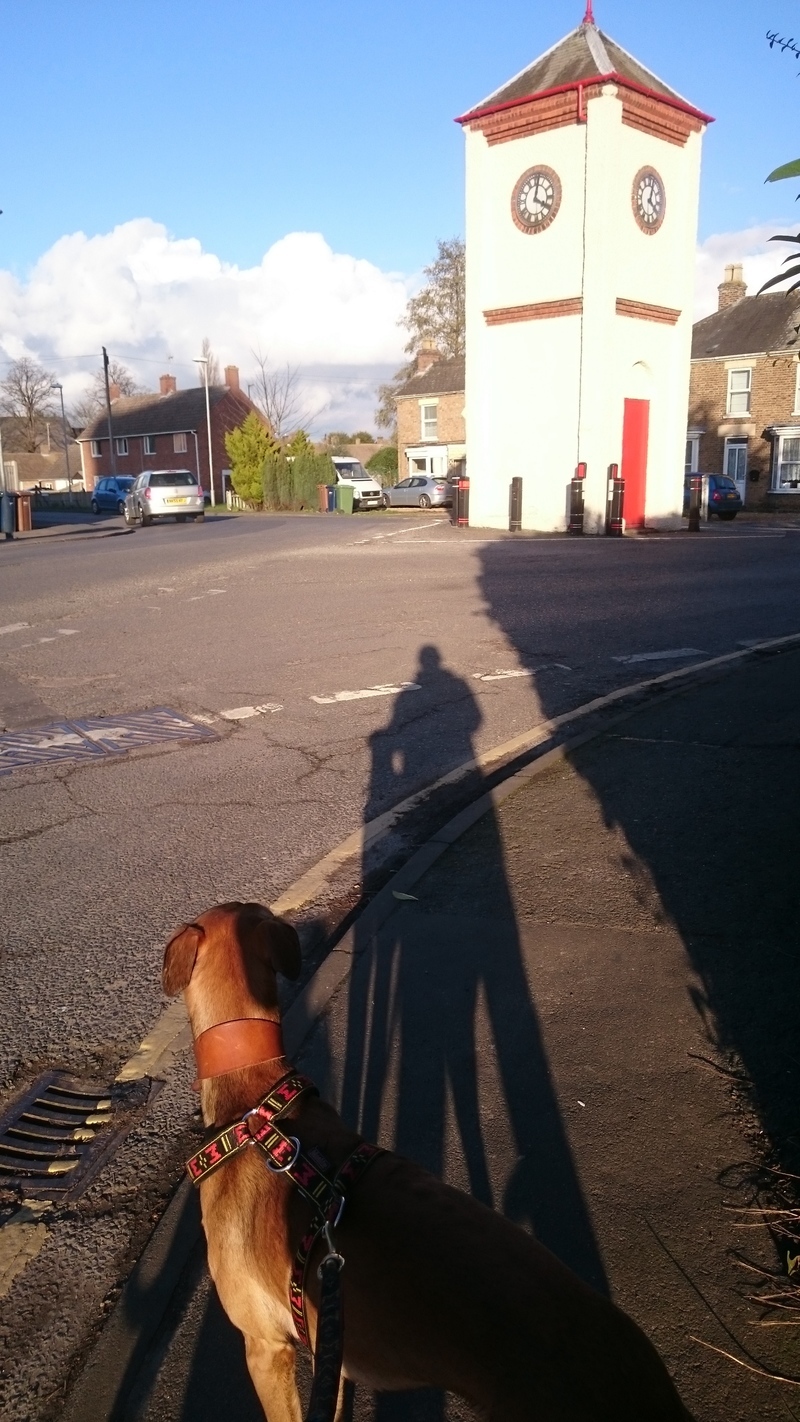 All photographs taken during the run using my Sony Z3 phone cam - unedited.

I made this Go Pro video today, on Running with dogs No.21.  We ran the dog's default and favourite route again, around 4.6 miles long.  Not a great average speed, but as you can see, we were also film making.  I cut the video down to less than ten minutes this time, and I fitted the lurcher with the Go Pro dog harness, for when I ran him off leash.  Otherwise, I used the chest harness.

I had no idea that naughty dog went into that drainage ditch until I watched the video at home.