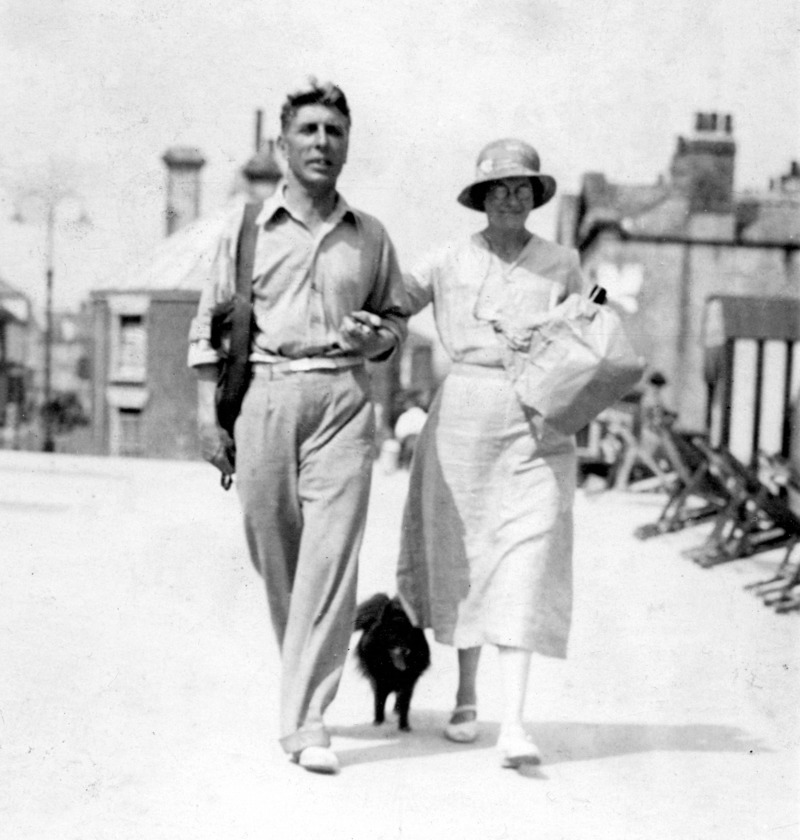 The above photograph is of my great grandfather, John Henry Brooker, with his partner Mabel Tanner.  Taken at Sheerness, Kent, in 1933.

The previous article was pretty much about this guy's ancestry, but I had to scan and post this photograph of him, to complete the story.  His father Henry Brooker, age 17, was still living with his father and two sisters in the village of Harpsden, Oxfordshire, in 1881.  By 1883 though, he had moved into Victorian London, and then married Elizabeth Shawers in Fulham.  I guess that London served as a magnet to young people born into the villages nearby.  Henry exchanged his skills of working with horses on the land, with those of working with horses in the streets.  He became a carter or carman.  Perhaps the docks offered work to Henry.  He moved first towards Deptford in SE London.  It was there, that Elizabeth gave birth to my great grandfather John Henry Brooker in 1884.

After 1891, they moved out further east along the Thames.  They settled in Lewisham.  John Henry Brooker went to school in Lewisham.  He appears to have exhibited some sort of educational skills, because at age 16 in Lewisham, he was recorded as a pupil-teacher.

Maybe it was because the Woolwich Barracks were located so close, that young John was drawn to it.

Sometime also around this time, our great grandmother, Faith Eliza Baxter, moved from rural Norfolk, down to London, to work in service - following her older sister Polly.

Faith and John met. Young soldier meets young house maid, house maid falls pregnant.  They married, back at Faith's home of East Dereham in Norfolk, in February 1906.  John H was recorded as a "gunner in the 65th battery, RFA".  Their daughter, Gladys Evelyn Brooker was born at Dereham, Norfolk in early 1906.  I interviewed my great aunt Gladys by telephone many years ago.  She told me that John was posted to Ireland.  I've since found that his battery were posted to the army barracks at Ballinrobe.  Gladys told me that Faith accompanied him with a young Gladys.  The story that she was told was that John turned violent.  Then one night, Faith struck her soldier husband while he slept, and fled back to her parents in Norfolk.  My grandfather, Reginald John Brooker was born at Dereham, Norfolk, in 1908.

In 1911, Faith was living at Northall Green Farm near to Dereham in Norfolk - where her parents lived, but in another house on the farm, headed by a single 27 year old farm labourer called Robert Hayes!  He states his place of birth as being Lancashire.  Faith is listed on the census as age 26, and married.  Young Gladys, age 5, and her little brother, Reginald, are in the same house.  So is their baby sister Winifred Hayes Brooker.

Gladys told me that Faith left Reginald to be reared by his maternal grandparents, William and Harriet Baxter, at Northall Green Farm, Dereham, while she was brought up by her single mother Faith, who later moved to Norwich.

Several years later, the Great War exploded across Europe. A medal card at the National Archives, confirms that John was dispatched in the first wave: 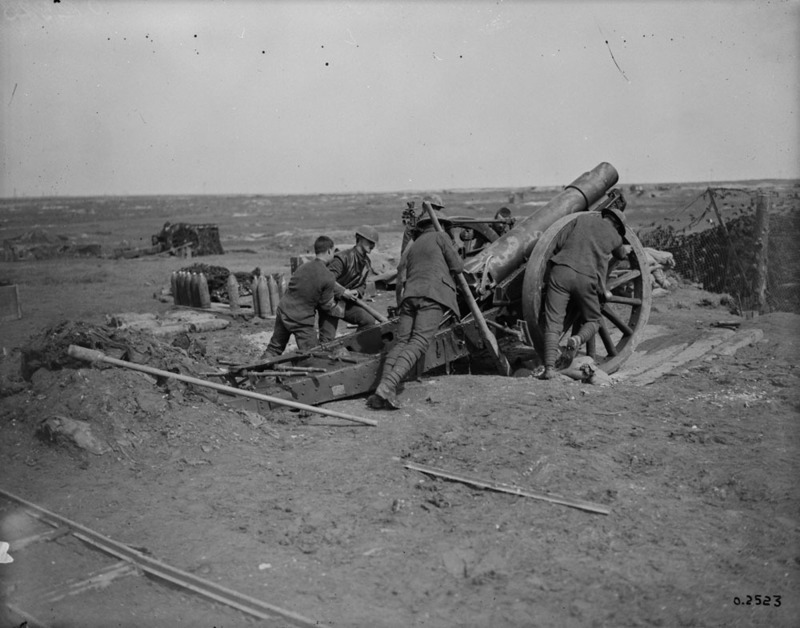 Gladys told me that he remained in the Army, until the end of the War.  Here is the thing.  I'm presently making more efforts to trace more service records.  There is the possibility that they were among many records that were destroyed years later, by bombing during World War II.  Gladys did tell me that there was at least one attempt at a marriage conciliation between John and Faith, after John's mother encouraged him to make an approach - but it never worked out.  John and Faith went on to lived separate lives.  I don't believe though, that they ever legally divorced. 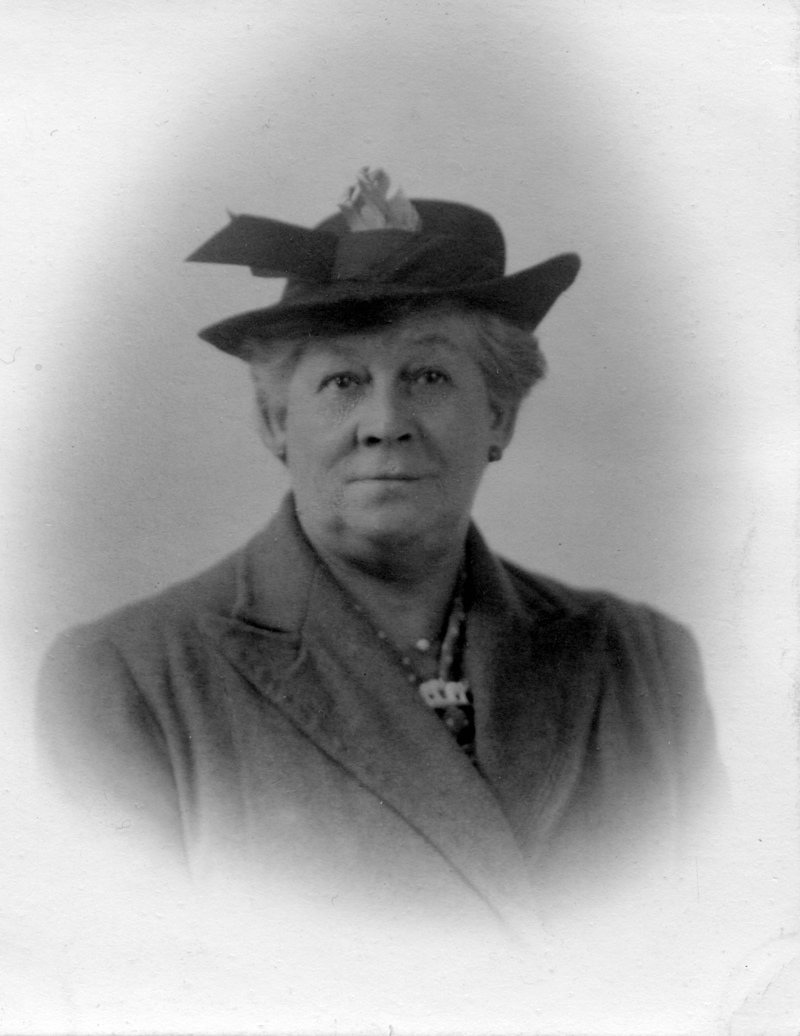 John then disappears from our family history.  On the back of the top photograph, Someone has written "Us & family at Sheerness July 1933".  I understand that the lady in the photograph was his partner Mabel, who he lived with for many years.

On the 1939 Register, on the outbreak of WW II, John was living at 50 Corbylands Road, Chrislehurst & Sidcup, Kent.  He was working as a clerk, at H.M Civil Service (Post Office Engineering Department).  John was recorded as married.  Mabel is there with him.  She is recorded as Mabel Brooker but also as single, and her occupatuion was "unpaid domestic duties".

Then in Dereham, sometime during the late 1940's, my father, just a boy, sees a motor car pull up in the street outside the family home.  Few people that he knew could afford a car.  An old man left the car, and walked up to the front door.  My father ran to the door in order to greet the stranger.  My father, all of his life recounted it.  He opened the door, looked up at the old stranger, and instinctively asked "are you my grandfather" without ever seeing him before.

Following this visit, my late Aunt Margaret actually got to stay with john, at his home in Kent.  She told me that she met Mabel.  When people came to the house, she was asked not to mention that she was John's granddaughter.  It appears that they never married, and I expect that was because John never received a divorce from Faith.  However, they lived as a married couple, and wished to remain that way.

The last record that I have of John was 1966.  John died late 1966, at Christchurch, Hampshire.  Perhaps they moved to the south coast for their retirement.  His will left his worldly goods to Mabel Tanner, commonly known as Mabel Brooker.