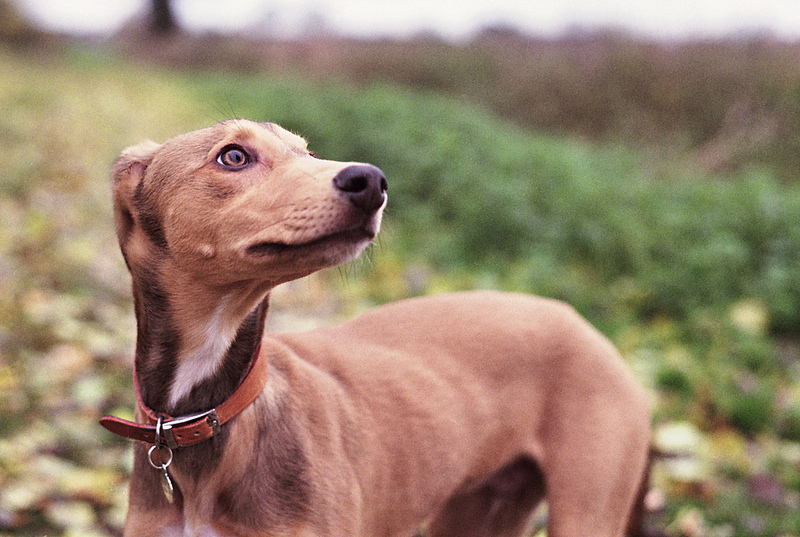 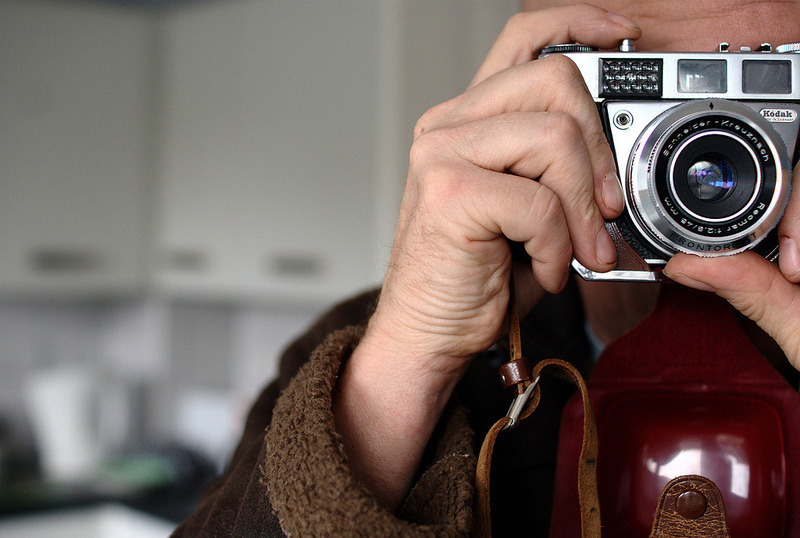 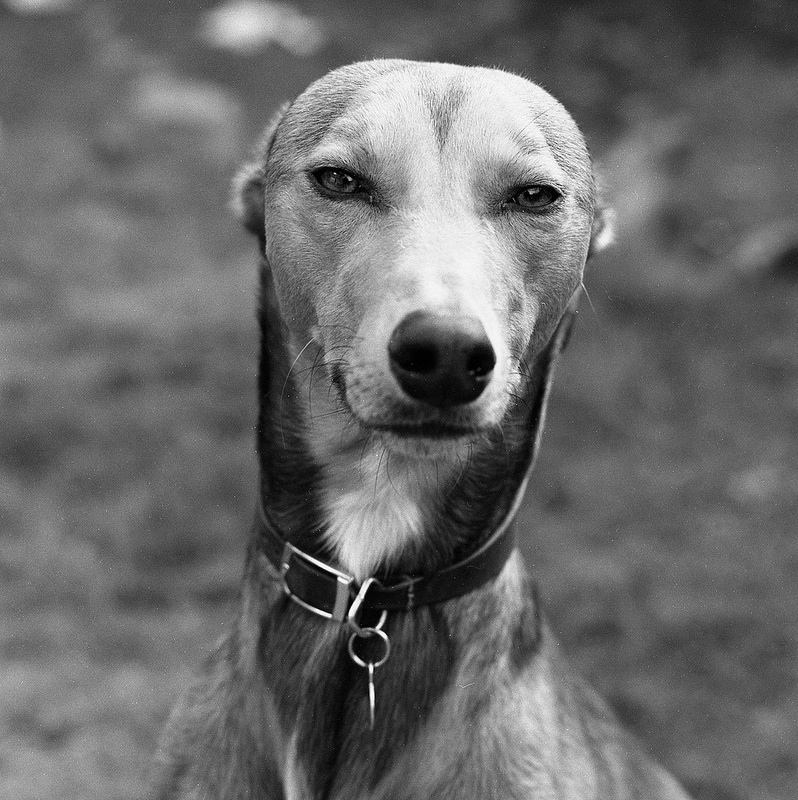 Canicross Team Elmewych member Flint, is a three and a half year old saluki lurcher cross, bought from travelers working stock.  A striking, elegant, tall, and well muscled smooth coated lurcher with more than a hint of saluki heritage in his physique.  Flint is at his finest off the leash - he runs with incredible speed, jumps wide ditches with grace.  It seems incredible that he is submissive to his young whippet team mate, but he certainly is!

In the house:  A fearsome watch dog, constantly looking and listening for intruders.  He can be grouchy, overly defensive, and I don't trust him on the leash with larger dogs.  Smaller dogs on the other hand - he adores and fawns.  Perhaps I should have socialised him as a pup with more friendly big dogs?  He might be tall and muscled, but he never packs a gram of body fat - it all goes into muscle, and however much I feed him, his ridged cheetah-back and ribs still stand out as though he is half starved.  Despite his grouchiness - he still likes a cuddle on the couch.

On the canicross line: certainly not a natural, he needs frequent commanding and shouting, otherwise he wants to sniff every lamppost, piss at every tree.  He can be hard work on a line.  What worries him?  Maybe that he'll run out of urine, otherwise big dogs, wheel hub caps (see the below video), and bits of paper laying on the pavement.

Off lead in the field: This dog lives to run.  A joy to watch, so much speed, moves through long grass with ease, jumps over ditches with ease. 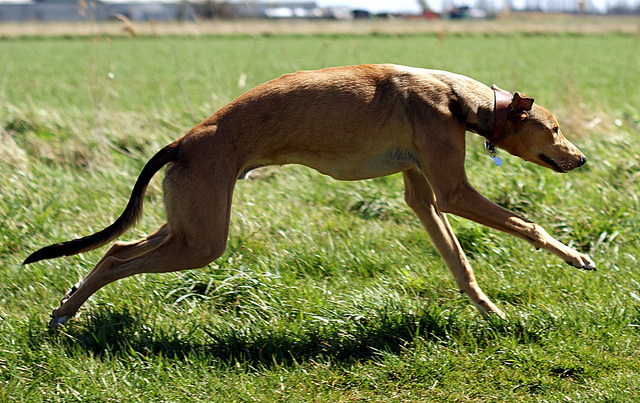 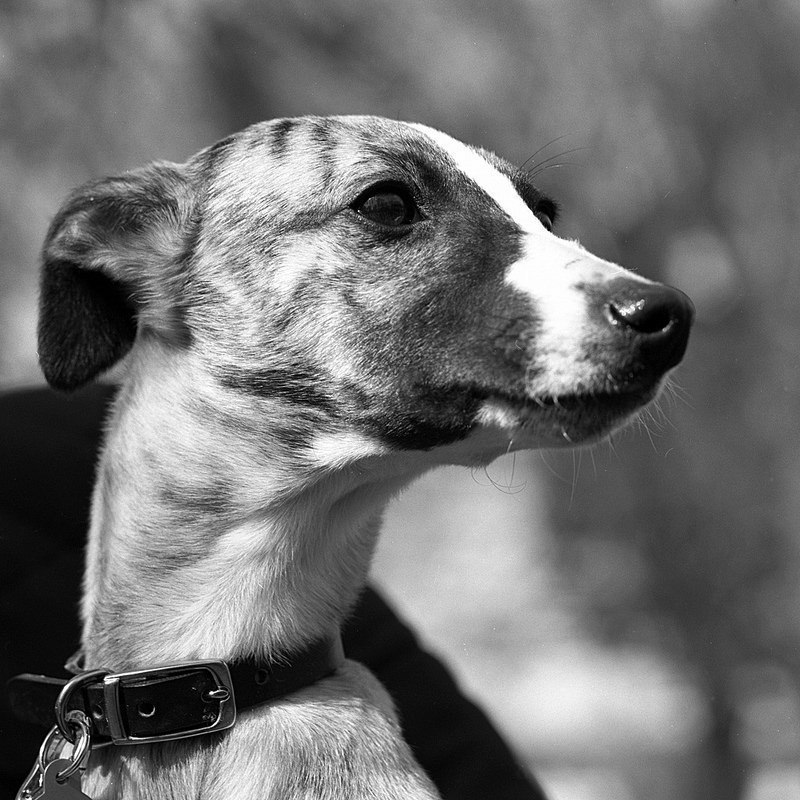 I don't know what to call our canicross pack / team?  Technically I bought both dogs for Anita, so they are more her dogs.  How about Team Elmewych?  Anyway, today's pack profile is Loki.  Named after the Norse mythological figure / deity, Loki is a twelve month old whippet.  Although he gets excited before a run, and puts his little heart into it, he can be quite the couch potato at home.  He didn't show an awful lot of aerobic interest as a youngster.  While his team mate was jumping ditches from a pup young age - Loki was a bit slow off the take.  Still, he is making up for it now.

In the house, a couch potato, but also the dominant dog, the alpha dog - terrorising Flint, although Flint is twice his size and packed with muscle.  If I give the dogs a chew each, it isn't long before Loki is sitting guard over both chews.

On the canicross line, Loki is top lead dog.  He really has taken to it well, likes to pull ahead.  My no.1 canicross hound.  Not much upsets him, except large lorries, puddles, and drain covers

Off lead in the field.  As I said, he was a slow developer, but now charges after Flint, almost keeping up with the big saluki lurcher, jumping across wide ditches, a cracking little dog, although without Flint or a crow to chase, I suspect that he'd slow down a bit.  When Flint wanders too far - Loki returns to my side, trots next to me, looking concerned that Flint is out of sight.

Not a bad dog at all. 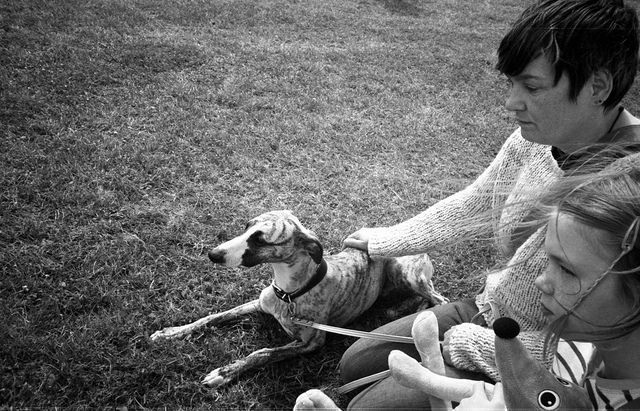