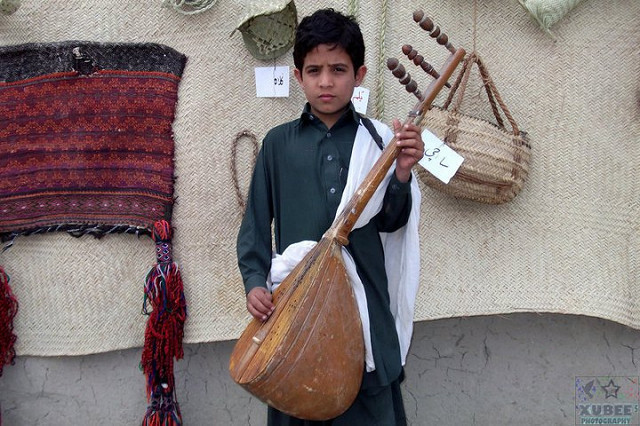 By Baluchistan on Flickr under a Creative Commons Licence. No, this young man is not the SK1414 tester, but the mandolinist in me found this photo kind of cool.  A young man from Makran.  The other SK1414 tester was also a male Makrani Baloch.

I'm hot on the trail of my Y or paternal line, following my FTDNA Y111 STR, then Big Y tests.  These tests analysed the DNA on my Y chromosome.  It is passed down strictly from father to biological sons.  the mutations (SNP and STR) that can be identified in the Y-DNA, can be used to assess relationship, and in some cases, to date the time of most recent common ancestry.  So, with the assistance of Gareth Henson, administrator of the FT-DNA Y haplogroup L Project, and with help from my new distant cousins, what have I learned over the past few weeks?

The Smoking Gun of Y-DNA

Between 45,000 and 13,000 years ago, my paternal ancestors most likely were hunter-gatherers, that lived in the region of what is now Iran and Iraq, during the last Ice Age.  Some sharp changes in glaciation, and cold extremes towards the end of that period, may have generated a number of adaptations, and subsequently, split new sub clades of my Y haplogroup L.

13,000 years ago (based on the Big Y test), I share a common paternal great x grandfather with a number of distant cousins, that descend from Pontic Greek families from the Trabzon region in Turkey.

Between 3,000 and 1,000 years ago (based on the less accurate STR evidence at 111 marker), I share common paternal great x grandfather with another cousin, who's paternal line Habibi, can be traced back to the 1850's in the town of Birjand, Southern Khorasan, Eastern Iran, close to the modern Afghanistan border.  This closer cousin now lives in Australia.

My Big Y test produced no less than 90 previously unrecorded or known SNP (pronounced "snip") mutations.  That might be because my Y-DNA is rare, or / and, that it is mainly found in parts of the World where very few people test at this level.  The last SNP on the roll that had been seen before, has been called SK1414.  Because now two of us have tested for this SNP, it is my terminal SNP, so at the moment (although it still has to be submitted to the YFull Tree), I can declare my Y haplogroup sub clade designation to be L-SK1414.  Only one of two so far recorded in the World.

So, who is this Y cousin that shares my SK1414 mutation? 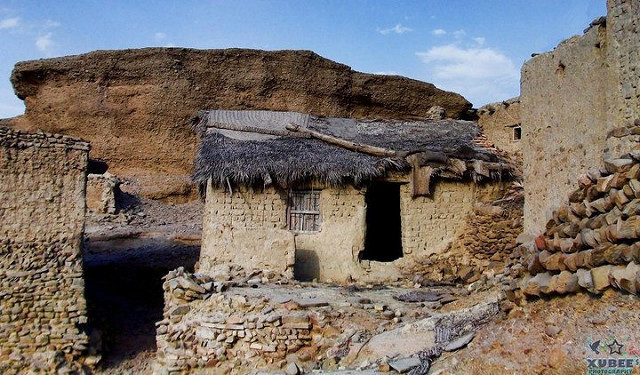 By Baluchistan on Flickr under a Creative Commons Licence.  Another photo from Makran, Balochistan.

The other SK1414 turned up during an early survey, back in the early 2000s by the Human Genome Diversity Project.  It turned up in a sample of the Baluchi in Makran, South-west Pakistan.  Could this cousin be closer than the Habibi tester?  Could my Habibi cousin, from an eastern Iranian family also carry SK1414?

The Baluch, are an Iranic people, that speak Baluchi, an Iranian language that belongs, as do most European languages, to the Indo-European linguistic family.  According to the Iran Chamber Society website, they moved to Makran during the 12th Century AD.  Traditionally the Baluch claim that they originated in Syria, but a linguistic study has instead suggested that they actully originated from the south east of the Caspian region, and that they moved westwards between the 6th and 12th centuries AD in a series of waves.  No other Y sub clade L1b (L-M317) have been found in Southern Asia outside of two samples of this survey, so perhaps the tester did have ancestry from Western Asia. 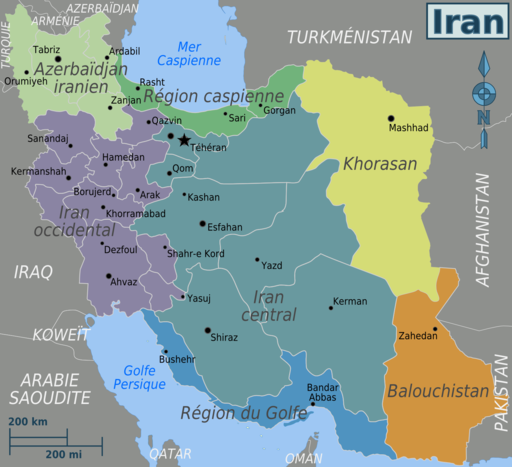 It would seem likely that I do have a number of Y cousins, most likely in the region of Eastern Iran and South-Western Pakistan.  That doesn't necessarily follow though, that our most recent common Y ancestors lived there.  As I said above, the Baluch of Makrani, Pakistan are said to have migrated from further north-west, from the Caspian Sea region.

There is a tentative suggestion of a link to the Parsi. A Portuguese STR tester with a genetic distance (based on 67 markers) of 22, has (thanks again Gareth) "a distinctive value of 10 at DYS393. In the Qamar paper this value is found in the Parsi population".  So there is just the possibility also, of the Parsi ethnicity carrying L1b from Western Asia into Southern Asia.  Perhaps this marker was picked up by a Portuguese seafarer link to Southern Asia.  It could even be the link to my English line, via the Anglo-Portuguese Alliance.  A lot of speculation.  I don't think that M317 has been found yet in India.

I have found STR links with four people that carry the surname Chandler.  They live in England, Australia, and the USA.  These cousins appear to descend from a Thomas Chandler, that lived in Basingstoke during the 1740s.  That is 32 miles away from my own contemporary surname ancestor, John Brooker, who lived at the same time at the village of Long Wittenham in the Thames Valley.

Unfortunately three of the Chandlers have only 12 markers tested, and the fourth at 37 markers.  Therefore time of most recent ancestor is not accurate, but it looks as the Chandler and Brooker Y hg L testers of Southern England, most likely shared a common paternal great x grandfather sometime between 800 and 350 years ago.

That only these two lines have turned up, and that they are geographically and genetically so close, might suggest that our Y-DNA lineage arrived in Southern England around the late medieval, perhaps from between the 13th and 17th centuries AD.  It could just be through a Portuguese navigator link, or it could be through thousands of other routes.  More L-M20 testers could turn up in England in the future, that could push the arrival to an earlier date.

I could have any number of cousins from south England.  The Brookers and Chandlers may well have other paternal line descendants living in the Thames Valley, Hampshire, London, or elsewhere.  I'd love to prove a Brooker from the Berkshire / Oxfordshire area, as sharing ancestry.  I believe for example, that the journalist Charlie Brooker descends from one of the Thames Valley families, although not necessarily from mine.  Do they carry the Y hg L?

I have one Y haplogroup first cousin.  He has I believe, a son, and a grandson.